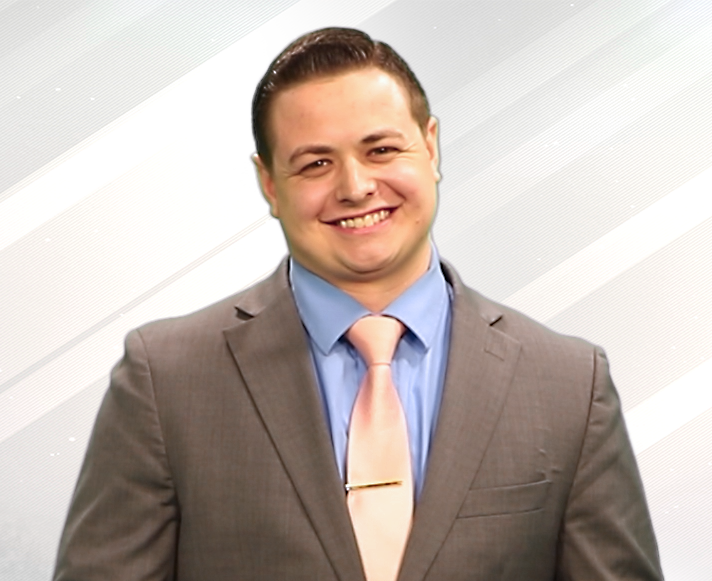 Meteorologist Aaron Lowery was Georgia-born and raised. His passion for weather was sparked at a young age thanks to Hurricane Ivan and the southeastern U.S. tornado Super Outbreak of 2011. He graduated from Mississippi State University with a B.S. in Professional Meteorology. Aaron’s television career began at KGWN in Cheyenne, Wyoming as the morning meteorologist, forecasting and covering weather for the majority of state, as well as parts of Nebraska and Colorado. His journey has now brought him back home to Georgia. When Aaron isn’t forecasting weather he is likely watching either the Atlanta Braves or Boston Red Sox during baseball season, the Indianapolis Colts during football season, or his Mississippi State Bulldogs during all seasons. He also enjoys listening to music, with his favorite genre being 70s progressive rock.

Cold temperatures to stick around after wet and windy weekend

Winter weather possible for some locations in Middle Georgia

Cold front to move through Middle Georgia this evening

Rain returns to the forecast in Middle Georgia

Warm and humid conditions stick around for final week of 2021

Conditions to stay cool ahead of Christmas Eve.

Sunshine returns leading up to Christmas

Tuesday to be soggy for much of Middle GA

More rain is on the way this weekend

Cloudy days ahead for the Peach State

Rain chances begin to ramp up

More sunshine on deck for Tuesday

Sunshine returns to kick off the second full week of December

Severe weather chances for Saturday low but still there

First cold front of the week moves through today

New pattern to bring plenty of rain to Middle GA

Cool conditions kick off the final days of November

Warmer conditions returning ahead of Thanksgiving

Sub-freezing temperatures have arrived for the first time this fall

Cold front moves through to kick off Thanksgiving Week

Cooler and drier conditions returning ahead of the weekend

Temperatures will continue to warm into the middle of the week

Sunshine returns ahead of the weekend

On and off showers for Veteran’s Day