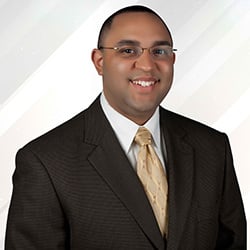 Brandon Long is the News Director for 41NBC. Previously, he worked as an Anchor/Reporter and Anchor/Managing Editor for this station. He moved to Middle Georgia in 2004 from Tennessee.

He graduated from The University of Tennessee and studied television news and political science. He has been active in a number of professional and community organizations, including Radio-Television Digital News Association (RTDNA) and Alpha Phi Alpha Fraternity, Incorporated.

Quote: “One who beareth the torch, shadoweth oneself to give light to others.” – The Torchbearer Creed

Gov. Kemp declares State of Emergency ahead of winter storm

Man charged with murder for killing teenagers in Johnson County

UPDATE: Body of man who drowned at Lake Tobesofkee found on Sunday

Warner Robins Mayor: Stay at home. We’re not doing a good job at that in Houston County.

RAFB prepared for Thunder Over Georgia Air Show this weekend

Man shot in the head on Houston Avenue