Investigators had warrants issued for both Clowers and Cherry’s arrests, after consulting with the District Attorney’s Office.

Clowers was taken to the Youth Detention Center ,Y.D.C.,  and is charged as an adult with Murder and Possession of a Stolen Firearm.

Cherry is in the Bibb County Jail, charged with False Statements and Tampering with Evidence.

MACON, Georgia (41NBC/WMGT) — A second suspect has been arrested in relation to the fatal shooting of 17 year-old Quentavious Moore that took place in the old Macon Mall on August 1st of 2021.

The Bibb County Sheriff’s Office says in a release that investigators arrested 17 year-old Ken’ya Quintae Carter on December 15th, who is now being held without bond in the Bibb County Law Enforcement Center. According to the BCSO, Carter is being charged with murder-felony and armed robbery, as well as 2 unrelated counts of theft by receiving and 4 counts of marijuana possession and possession of a firearm during the commission or attempt to commit certain felonies, and 5 counts of aggravated assault.

This arrest comes after 19 year-old Kowasis Moore, the victim’s brother, was just arrested a day prior on December 14th. For more information on this incident, click here. 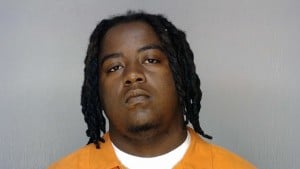