MACON, Georgia (41NBC/WMGT) — The last suspect wanted in connection to the shooting and auto theft investigation on Summerhill Drive and Twin Pine at Walnut Creek Apartments from early January is now in custody.

A release from the Bibb County Sheriff’s Office says 18 year-old Jhaiven Maxwell turned himself in on February 7th, when he met with investigators at the Criminal Investigations Division to be interviewed in reference to his charges. After the interview, he was taken to the Bibb County Law Enforcement Center where he is being charged with one count of Aggravated Assault and one county of theft by receiving stolen property. Maxwell is being held with a $26,455 bond.

Maxwell was the last from a group of teens wanted in connection to a string of Aggravated Assault incidents in which shots were fired. 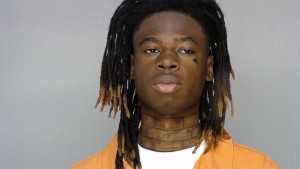