Ferguson is charged with the murder of Alamo police officer, Dylan Harrison.

A handcuffed Damien Ferguson entered the Wheeler County Courthouse to listen to his list of charges and what lies ahead in terms of a trial.

Ferguson is charged with Harrison’s murder and Aggravated Stalking for a previous incident. Judge Howard Kaufhold read Ferguson’s charges and gave him a rundown of how the case will be heard. Oconee Circuit Prosecutor, Tim Vaughn, says the first appearance is the beginning of a long road ahead.

“The grand jury would be the next step,” Vaughn explained. “We’ve just gotten the calendar for next year and the best I recall is that the regularly scheduled grand jury will be in on the last Monday in January of 2022…but it’s possible that the sitting grand jury could be brought back into session and the case presented earlier.”

Vaughn says Ferguson will be given the option of a commitment hearing which is similar to a probable cause hearing. It evaluates whether police had cause to arrest him. 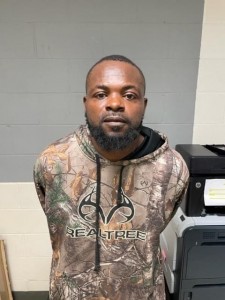 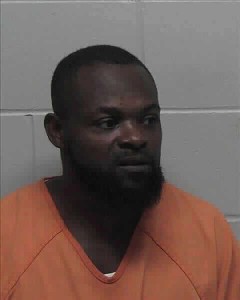