WARNER ROBINS, Georgia (41NBC/WMGT) — The man behind several violent crimes committed in Houston County — including a bank robbery, home invasion, theft, and murder– has been arrested.

The Warner Robins Police Department and Houston County Sheriff’s Office put out a joint release on Tuesday, February 8th, stating that 30 year-old Victor Dennard was arrested on February 7th in the 2600 block of Watson Blvd. around 6:15 p.m.

Dennard is being charged in connection to the November home invasion with home invasion, aggravated assault, and theft by taking motor vehicle.

Anyone with information concerning these incidents or Dennard is urged to call the Houston County Sheriff’s Office at (478) 542-2085, the Warner Robins Police Department at (478) 302-5380 or Macon Regional Crimestoppers at 1-877-68CRIME.

Stay with 41NBC for more updates as they come. 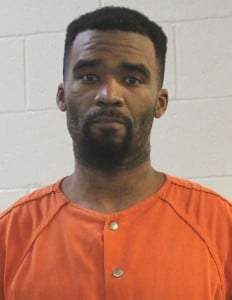