MACON, Georgia (41NBC/WMGT) — The Bibb County Sheriff’s Office sent out a release Thursday morning detailing the arrest of a second person in connection to the murder of 27 year-old Chauncey Love II that took place at the Best Western on Riverside Drive on November 23rd, 2021.

According to the BCSO, Wednesday evening BCSO investigators and members of the U.S. Marshals Fugitive Task Force found 23 year-old Isaac Folabi-Sola Adesina from Hampton, Georgia to be connected to the murder of Love. The release from the Sheriff’s Office says Adesina was interviewed by investigators then taken to the Bibb County Law Enforcement Center, where he is being held without bond and is being charged with Murder.

This investigation is still ongoing, anyone with information is urged to call the Bibb County Sheriff’s Office at at (478) 751-7500, or the Macon Regional Crimestoppers at 1-877-68CRIME. 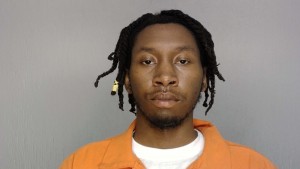