Attorneys representing Nya Hall in the case against the Board of Regents and the University System of Georgia released a statement this morning.

The statement claims that Fort Valley State University did little to protect students after multiple complaints about Bryant’s interactions with young women on campus. It also claims that the investigation revealed Hall wasn’t Bryant’s only victim.

They’re asking anyone else who may have fallen victim to come forward.

Bryant was arrested early Friday morning by the Georgia Bureau of Investigation after a nearly 6 month-long probe into allegations of sexual misconduct. He’s now facing both misdemeanor and felony charges for simple battery (m), bribery (f), and 2 counts of violation of oath of office (f). 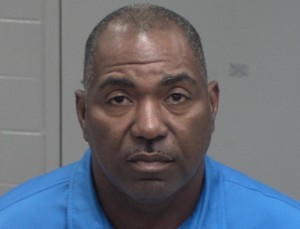 FVSU also released a statement following the arrest. It reads:

“As you know, in April 2018, university officials learned of allegations against Lt. Wilbur Bryant and immediately initiated an investigation. Shortly thereafter, Lt. Bryant resigned. The university has cooperated fully with law enforcement.”

student, today announced they have made a formal demand to the Board of Regents of the
University System of Georgia seeking damages of $4.8 Million.

The Georgia Bureau of Investigation started its investigation in April of this year and as of September 7, 2018, Bryant has been arrested and formally charged.

The ongoing investigation has revealed additional victims.
The demand alleges that Officer Bryant arrested the victim so that he could use his
position of authority to sexually harass and assault the student.

Officer Bryant repeatedly harassed and intimidated the victim and entered her dormitory room without permission and sexually assaulted her.

Prior to the incident, Fort Valley had received multiple complaints regarding Officer Bryant’s predacious conduct but did little to protect the vulnerable students.

If you are a victim or if you know a victim, we encourage you to contact your local
authorities. If you would like to speak with the attorneys’ handling this case, please call Megan Prosser at 770-867-7446.