MACON, Georgia (41NBC/WMGT) — The Bibb County Sheriff’s Office is searching for a man who has been connected to the aggravated assault of 2 men in the 2100 block of Adams Avenue on the night of January 3rd.

According to a release from the BCSO, the man wanted in connection for the shooting of 49 year-old Brian Williams and 36 year-old Tony Maddox is 30 year-old Gerald Bentley Jr.

Bentley is described in the release as standing at 5 feet and 6 inches tall, and weighing about 150 pounds.

Anyone with information concerning the whereabouts of Bentley Jr. is urged to call the Bibb County Sheriff’s Office at 478-751-7500 or Macon Regional Crime Stoppers at 1-877-68CRIME 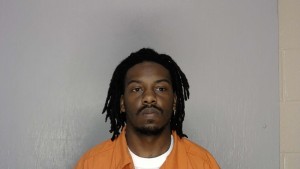