Man arrested in connection to stabbing his girlfriend

MACON, Georgia (41NBC/WMGT) — The Bibb County Sheriff’s Office has arrested a suspect in connection to an aggravated assault incident that happened on August 2, 2021.

The suspect in question, 30 year-old Shawndarius Johnson, was wanted in connection to a report that a 26 year-old woman had been stabbed multiple times during a domestic dispute at the Northwood Apartments on Thomaston Road. Johnson had already fled the scene before law enforcement arrived, and warrants were issued for his arrest after investigators identified him as the suspect.

The release also says that the female victim from the original event has been discharged from the hospital. 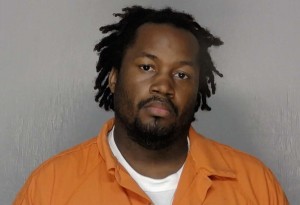 For more details concerning what happened prior to Johnson’s arrest, click here: