FORSYTH, Georgia (41NBC/WMGT) — Albert Booze, the inmate facing charges for attacking two Bibb county Deputies in April of 2021, and subsequently stabbing one of them to death, has been involved in another violent incident involving officers in the Monroe County Jail on September 28, and is facing more charges according to a police report from Monroe County.

The reporting Deputy, Sergeant Robertson,  says the situation began when inmate Flower, who had been put on suicide watch with Booze in a holding cell, expressed that he didn’t feel safe in the same cell as Booze and that he couldn’t “sleep in here with him”. Sergeant Robertson told Flower that another holding cell wasn’t available, but he would see what he could do. According to the report, it was then that Booze said he would beat Flower to death if they weren’t separated.

Deputy Robertson says he spoke with a nurse about possibly emptying another holding cell before returning to Booze and Flower’s cell to inform them that he was working on the situation. The report then says that Booze repeated the same threat as earlier before standing up from a bench, walking to inmate Flowers, and striking him multiple times, to which Flowers struck back to defend himself. Sergeant Robertson responded to the situation by calling another deputy via radio before opening the holding cell to remove inmate Flowers.

After separating the inmates, while attempting to close the door to the cell, Booze pushed past Robertson into the booking area where he threw a metal chair at Deputy Robertson, a nurse, and Inmate Flowers in an attempt to strike them. Deputy Dimitrov, who was called earlier through the radio, grabbed Booze to escort him back to the cell with Robertson’s help. Booze resisted, headbutting, striking, kicking, and biting the officers.

More officers were called to the scene to assist, and when one was in the process of deploying her Taser, Booze grabbed the front of the taser in an attempt to take it, to which officers struck him in the side so that he would let go. Officer Lucas deployed her taser, but was still met with more resistance from Booze. The deputies were able to place handcuffs on Booze and take him to the nurse’s station where the taser prongs were removed and he was cleared by medical before being placed back into the holding cell.

Booze is now facing charges of obstruction of law enforcement officers, simple battery, and aggravated assault against a peace officer. 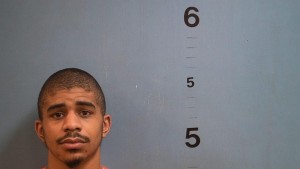 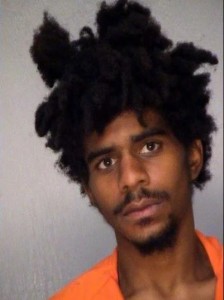