MACON, Georgia. (41NBC/WMGT) – Temperatures across Middle Georgia will top off in the lower 70s later on this afternoon. 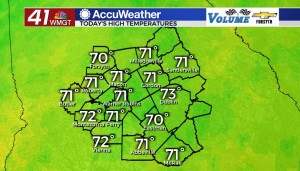 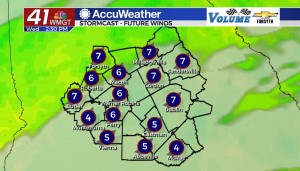 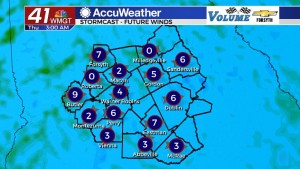 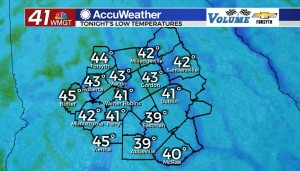 The first morning of December began with a healthy dose of high level clouds and chilly temperatures. We will see a handful of these clouds hang around throughout the day today, however there will be plenty of sunshine mixed in. With wind blowing out of the southwest this afternoon at 5-10 mph along with the sunny skies, temperatures will continue to warm, this time topping off in the lower 70s. The cloud cover will clear during the later hours of daylight with the majority expected to be gone by sunset. Despite the lack of insulation due to cloud cover overnight, however, our low temperatures will continue to climb, this time only falling into the lower 40s. One or two locations may see lows drop slightly below 40 degrees. Overnight the wind will also shift more to the west with speeds around 5 mph. 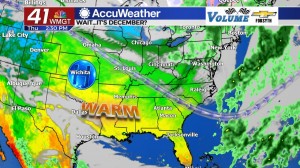 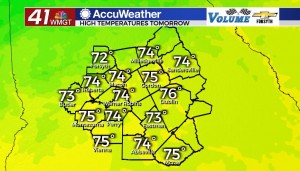 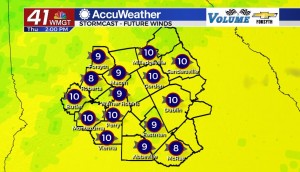 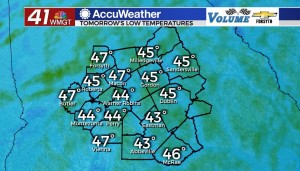 The heat continues during the second day of December. High temperatures will reach the mid to upper 70s around Middle GA as sunshine dominates the sky. A few small clouds may form, but overall there will be way less cloud cover than on Wednesday. Wind will blow out of the west at about 10-15 mph as a zonal pattern takes over in the jet stream for the next few days. This means that there are no impending storm systems as we roll into the weekend. High pressure will actually be moving in ahead of the weekend, limiting cloud cover for both Thursday and Friday. Overnight the skies will remain clear as well, this time with lows in the mid to upper 40s. 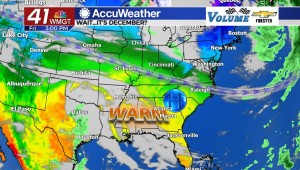 As mentioned above, high pressure will be heavily influencing our skies for Friday, again limiting cloud cover during the afternoon hours. A few more clouds are anticipated than on Thursday as high temperatures reach their peak for most of Middle GA. The wind will continue to blow out of the west at about 5-10 mph as well; this is largely due to the zonal flow of the jet stream as the weekend approaches. Low temperatures will fall into the upper 40s and lower 50s as a bit more cloud cover fills in heading into Saturday

The weekend will finally see an abundance of cloud cover as the jet stream’s zonal flow begins to break down. The winds at the surface will still be west-northwest on Saturday, however by Sunday they will be from the southeast and adding plenty of moisture to the Georgia atmosphere. Partly cloudy skies are expected both Saturday and Sunday with Sunday likely seeing a bit more. The rain chances overnight Sunday into Monday have dropped to almost zero around Middle GA, meaning the next chance for a decent rainfall won’t come until midway through next week. 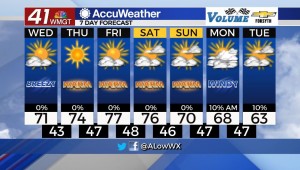