UPDATE: BCSO searching for person of interest in deadly shooting

It happened in the 300 block of Leaf Court early Sunday morning.

UPDATE: The Bibb County Sheriff’s Office is searching for a man wanted for questioning in connection to the death investigation of Daffany Parker.

Investigators are currently trying to find 43-year-old Rickanian Williams, as he is a person of interest in the shooting. Williams is 6 feet, 2 inches tall, and weighs 190 pounds. 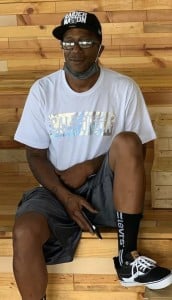 Anyone with information about where Williams is, is urged to call the Bibb County Sheriff’s Office at 478-751-7500 or the Macon Regional Crime Stoppers at 1-877-68CRIME.

MACON, Georgia (41NBC/WMGT) – A woman is dead following a shooting in the 300 block of Leaf Court early Sunday morning.

A Bibb County Sheriff’s Office news release says deputies responded to a call of a person being shot during a domestic dispute. The victim, 41-year-old Daffany Parker, was found dead at the scene.

The shooting is under investigation.