NEW YORK (AP) — Quarterback Tom Brady is proving he’s the GOAT not just on the football field but also in the collectibles market: A rookie football card just sold for $2.25 million. 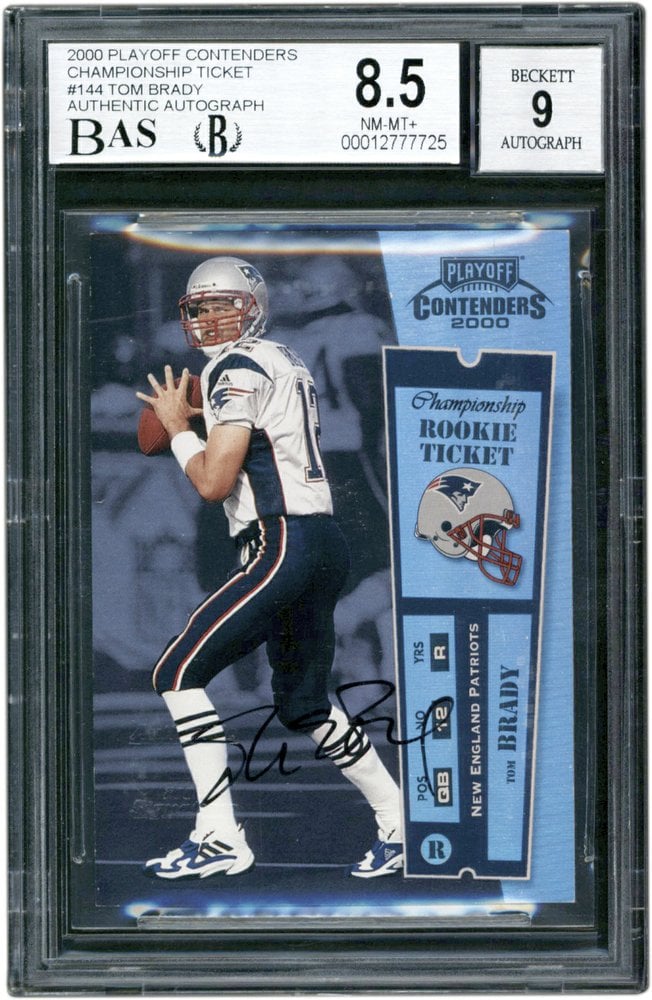 Photo Courtesy of Lelands via AP.

The price fetched Friday night through online sports auction house Lelands broke a football card record that was previously held by Brady. Another of his rookie cards sold for $1.32 million on PWCC Marketplace last month.

“Tom Brady continues to shatter records both on and off the football field,” Lelands President Mike Heffner said in a statement.

He continued his winning ways after parting from the Patriots in 2020 and joining the Tampa Bay Buccaneers. He earned his seventh Super Bowl win when the Buccaneers beat the Kansas City Chiefs earlier this year.