MACON, Georgia (41NBC/WMGT) — The Bibb County Sheriff’s Office is looking for a missing person from Telfair County, and is asking for the public’s help in finding him.

The BCSO and Telfair County Sheriff’s Office are working to find 38 year-old man Sherman Lamar Perry of Helena, Georgia. A missing person’s report was filled out by a family member of Perry on December 6, to which Atrium Health Navicent Police found Perry on December 9th in the parking lot of the hospital, appearing to be safe and sound.

Perry’s family is asking for additional help in finding Perry again, the family reports that he may suffer mental health issues and they are concerned about his wellbeing.

According to the BCSO, Perry may still be in the Macon-Bibb area.

Sherman Perry is described in the release as a 6 foot tall, 150 pound, black man. Anyone who might know of Perry’s location is urged to call the Bibb County Sheriff’s Office at 478-751-7500 or Macon Regional Crime Stoppers at 1-877-68CRIME. 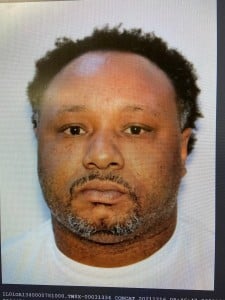