STOCKHOLM — As the temperature passed 50 degrees in Stockholm last week, people congregated in parks unable to resist socializing during the first signs of spring in the Swedish capital.

This country of 10 million has bucked the trend in Europe, where many countries have locked down their residents to slow the coronavirus that has spread throughout the world at breakneck speed.

The Swedish government has left it up to individuals to act responsibly and decide whether to stay home or not. Restrictions that are in place are far more liberal compared with those of the country’s neighbors.

A sign outside a pub in Stockholm reassures people that the bar is open in March during the coronavirus outbreak. Colm Fulton / Reuters

Public gatherings of more than 50 people are prohibited, but there are no restrictions on private meetings, meaning parties and corporate events can still go ahead. Libraries and swimming pools remain open.

Standing at bars has been prohibited, but restaurants are still able to offer table service. Students over 16 have been asked to study from home, but kindergartens and elementary schools are still open.

Rather than impose wide-ranging restrictions, authorities have instead advised the public to practice social distancing and to work from home, when possible, and urged those over 70 to self-isolate as a precaution. In other words, the country has staked its bets on people acting responsibly.

“There are a few critical times in life when you must make sacrifices, not just for your own sake, but also for those around you, for your fellow human beings and for our country. That time is now,” Prime Minister Stefan Lofven said last month.

The British government had pursued a similarly laissez faire approach before drastically reversing course and ordering a countrywide lockdown March 23.

Britain’s about-turn has left Sweden increasingly isolated in its response to the outbreak, and it has prompted some scientists to suggest that the strategy is based on scant scientific evidence and is irresponsible in a pandemic that has already killed more than 35,000 people worldwide. 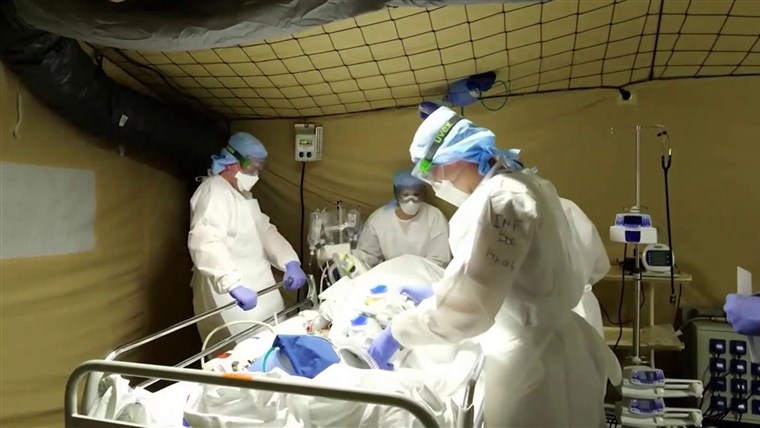 “It’s clear that what has been done so far has been insufficient, above all concerning the number of tests,” said Sten Linnarsson, a professor of molecular systems biology at the Karolinska Institutet, a prominent medical university in Solna.

On March 25, two days after Britain imposed its nationwide lockdown, Linnarsson was among 2,000 Swedish researchers who demanded stricter regulations in an open letter to the government.

Despite public gatherings’ being limited from 500 to 50 people, Linnarsson said he still believes Sweden’s strategy does not go far enough.

“To fight the epidemic you have to test,” he said. “The material presented by the public health authorities is weak, even embarrassing — on a scientific level, it is extremely thin.”

“We have the best material there is,” he said. “We have support from the very best researchers, not least at Karolinska.”

The government said Tuesday that it had commissioned public health authorities to quickly develop a national strategy to extend testing for COVID-19, the disease caused by the coronavirus.

Tegnell said Sweden’s strategy was rooted in its “long tradition” of respecting “free will” and on the high level of respect Swedes have for authorities and their recommendations.

As of Tuesday, Swedish health authorities had recorded close to 4,500 cases of the coronavirus and 180 related deaths.

But despite the increase in cases, so far Swedes appear largely in agreement with their government’s strategy. The population’s trust in health authorities’ handling of the coronavirus increased from 65 percent to 74 percent last month, according to a survey by Kantar Sifo, a Swedish pollster.

Tegnell said the strategy was also informed by the country’s societal structure, in which people tend to live separately rather than in extended family groups.

More than half of all Swedish homes are made up of one resident, according to recent Eurostat figures, the highest proportion among European member states. The average age at which Swedes move out of their parents’ home is 18 to 19, compared to a European Union average of 26, according to Eurostat.

Meanwhile, 10 percent of Swedes over 75 live alone and see relatives or friends only once or twice a month, according to official Swedish statistics. The country also has a population density of 25 inhabitants per square kilometer (65 per square mile), while Italy has 205 (531 per square mile) and Spain has 94 (243 per square mile). 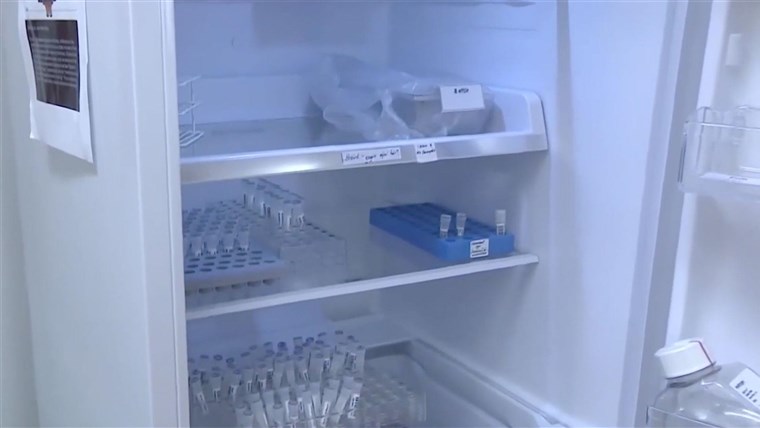 But those on the front lines of the battle against the coronavirus are beginning to feel the strain.

Anne Rosendahl, a nurse in the intensive care unit at Uppsala University Hospital, said that in the last week there has been spike in the number of patients needing intensive care.

“They are seriously ill,” she said. “Half of the people that I care for are young patients, and most of them have no pre-existing illnesses.”

Rosendahl, 41, said she didn’t know whether the government’s strategy was the right one, but she nevertheless urged people to follow its recommendations.

“From what I understand, many in Sweden still don’t take this seriously,” she said. “If you go to the gym, go away for Easter break or the like, it will have consequences on what the situation at work will be in a few weeks.”