Clouds hang around along with cool conditions before our next round of rain and storms pushes through later this week. 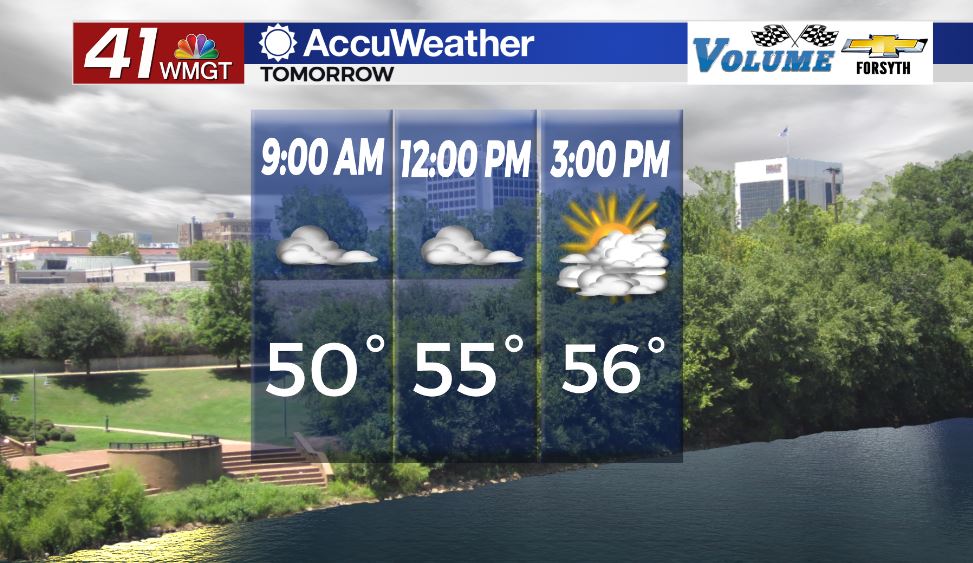 It was another cloudy day in Middle Georgia as the wedge front kept us in the 50s through the day Monday.

Clouds are still hanging around tonight with temperatures slow to fall into the 40s.

The wedge front will be holding tight Tuesday, allowing for some sunshine, but also another cool day.

Despite the cloud cover, rain will be holding off until at least Wednesday afternoon. 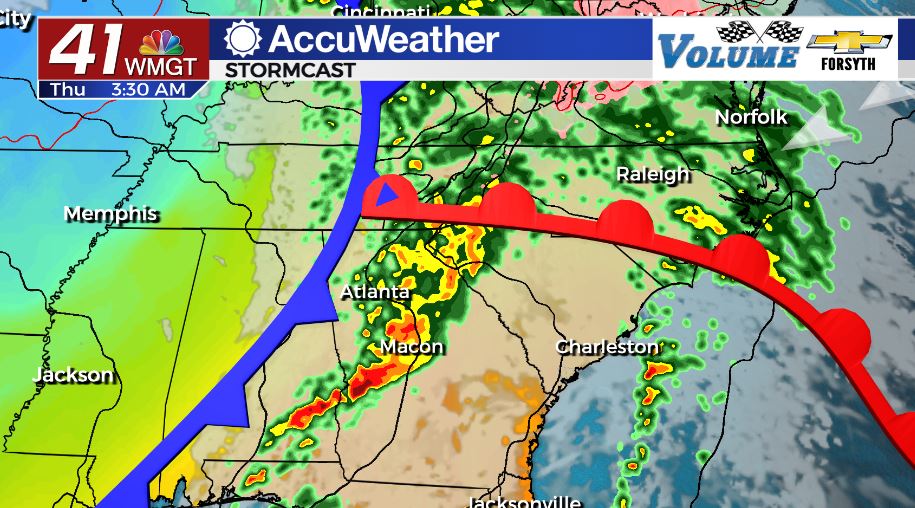 Wednesday will be another cloudy day across Middle Georgia, ahead of our next rainmaker.

This strong front will be bringing the potential for severe storms to our south and west on Wednesday.

As the front moves east it will start to weaken, lessening our severe threat.

The influence of the wedge front will also help to limit any severe thunderstorm potential.

Right now the line should be rolling through during the early morning hours Thursday and out of our area by the afternoon.

Main threats will be heavy rain and flash flooding, but we could still see a few strong storms with gusty winds. 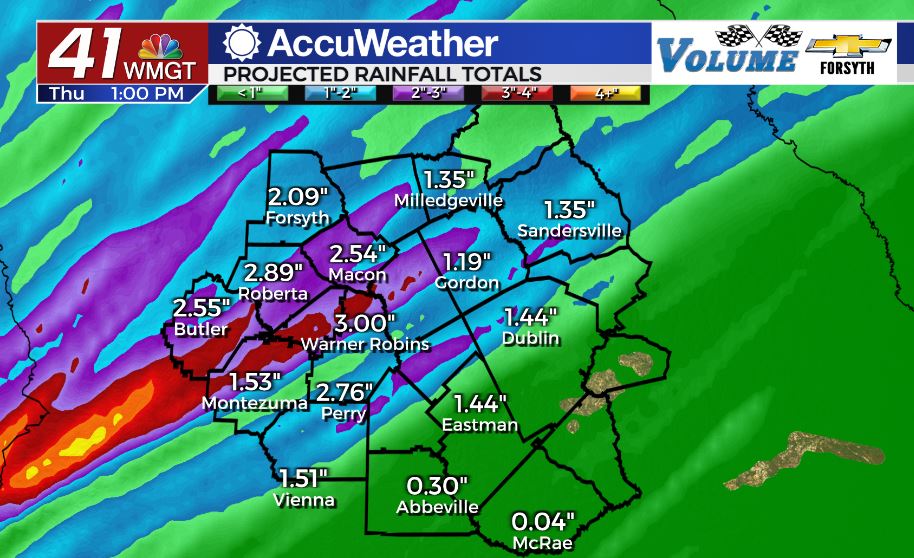 Rain totals will be dependent on the exact path of the storms, but some spots could pick up over 2.5″ of rain in just a few hours.

Flash flooding will be possible, especially in urban areas.

Take precautions if you have to be out on the roads as this system moves through. 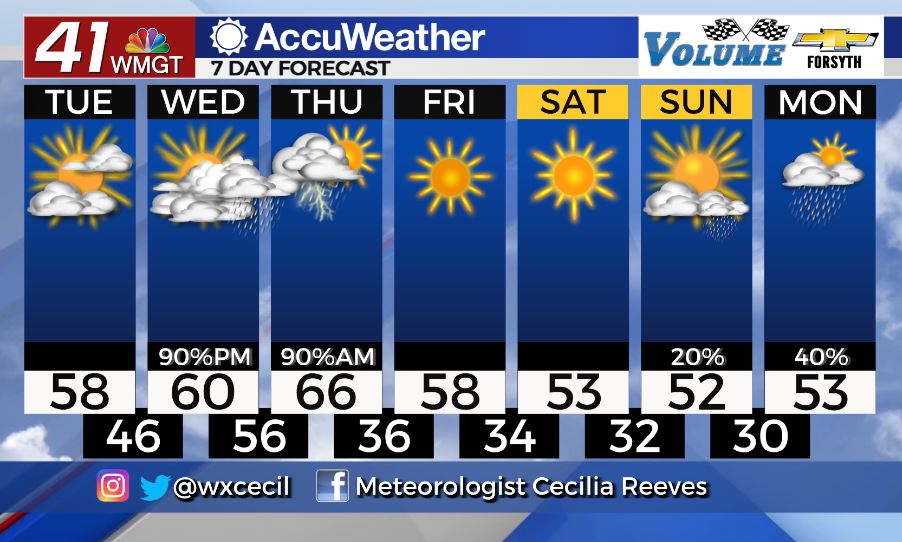 A big cool down is on the way for the rest of the week.

Highs over the weekend will be limited to the mid 50s with lows returning to around freezing.

Showers will be back to start next week, but severe weather doesn’t look like it is in the cards.