Investigators identified Mullis as the suspect involved in connection with Bull’s death and had warrants issued for his arrest. Mullis turned himself over to Bibb County Sheriff’s Investigators and members of the U.S. Marshal’s Southeast Regional Fugitive Task Force at around 2:50a.m., Tuesday morning.

Mullis is currently being held at the Bibb County Law Enforcement Center, without bond, for the charges of Murder, (two counts) of Aggravated Assault, and Aggravated Battery. 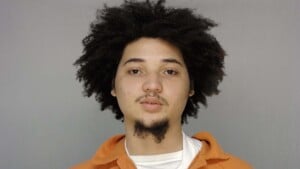 42-year-old Dedrick Bulls, died at the hospital from the injury that he received in the parking lot of the Full House Tavern  located at 3709 Bloomfield Road.

According to Coroner Leon Jones, Bulls was pronounced deceased Saturday morning. The next of kin has been notified.

The Bibb County Sheriff’s Office says just after 3 a.m., deputies received a call concerning a person shot in the parking lot at the Full House Tavern restaurant off Bloomfield Road. The man found with the gunshot wound was taken to Atrium Health Navicent where he is listed in critical condition.

The circumstances around the shooting are still under investigation– anyone with information is urged to call the Bibb Sheriff’s Office at 478-751 -7500 or Macon Regional Crime Stoppers at 1-877-68CRIME.