Students, staff and family members showered him with their support.

The Clemson commit and four-star recruit is one of the top 90 players in the country selected as an Under Armour All-American.

Sergio’s also a key reason why the Trojans are off to a 5-1 start to the season.

Here’s Sergio on being selected as an Under Armour All-American: 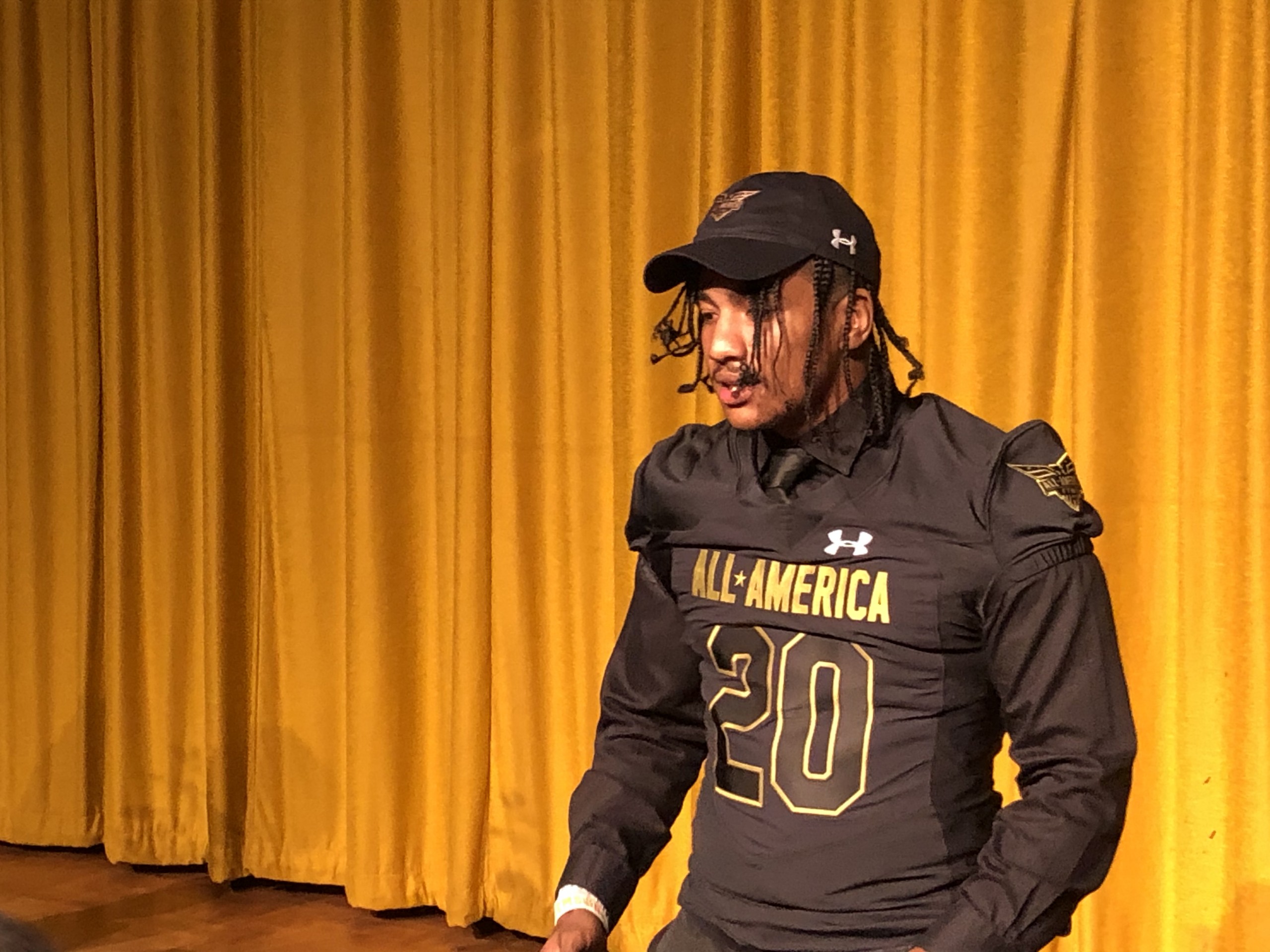 “It’s a blessing. Not a lot of people in this world or in the United States get to have this opportunity, so I won’t take it for granted and I’m just going to make the most out of it.”

“I mean, it’s a great day for him. A big day,” Campbell said. “Only 90 young men across the United States get this moment and he’s one of them. So, all of Peach County is excited for him, what he’s done and what he’s going to do. He’s just a great young man. A testament to him and his work ethic and his love for football and love for Peach County

The Under Armour All-American football game is on Jan. 2, 2020 at Campus Stadium in Orlando, Florida.