MACON, Georgia (41NBC/WMGT) — The Bibb County Sheriff’s Office is looking for a suspect in connection to an aggravated assault that occurred on January 2nd around 2:39 a.m. at the Citgo Gas Station on Pio Nono Avenue.

According to the BCSO, it was reported that an individual got into an altercation with two males inside the store. After those 2 males left the store, the individual followed them outside and fired a handgun at the men before fleeing the scene in a silver 4-door Pontiac. Nobody was injured during the incident.

The suspect is described as a black male with a goatee, wearing a red, black, and white jogging suit with a hoodie, black and white sneakers with red shoelaces.

Anyone with information concerning this incident or the identity and whereabouts of the suspect is urged to call the Bibb County Sheriff’s Office at (478) 751-7500, or the Macon Regional Crime Stoppers at 1-877-68CRIME. 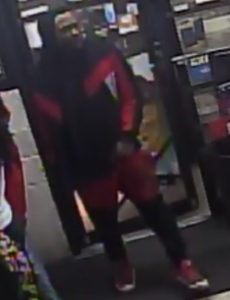 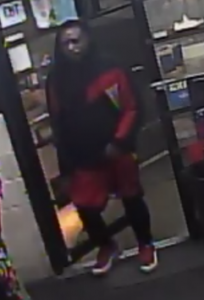 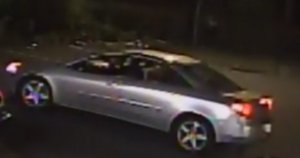