MACON, Georgia (41NBC/WMGT) — A man has been arrested and charged in connection to a fatal shooting that happened in October of 2021, when a 59 year-old Harriett Patrick was struck by gunfire in her vehicle as she was driving west on Eisenhower Parkway.

Simmons is being held without bond for the charge of murder, as well as an unrelated Bench Warrant in connection to a previous battery family violence case. 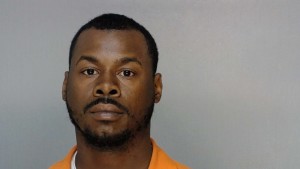