MACON, Georgia (41NBC/WMGT) — The Bibb County Sheriff’s Office announced Thursday that an arrest had been made in connection to a commercial burglary attempt earlier in the morning.

According to the release, the incident took place around 3:54 a.m. at the SR grocery store at 3173 Houston Avenue. A call to the deputies reported a burglary in-progress, in which the suspect who occupied a blue vehicle was trying to break into the back of the store. Patrol Deputies arrived and spotted the suspect and the car described, when the suspect saw law enforcement, he attempted to flee and led the deputies on a brief chase on foot. The release says he was apprehended and arrested near Quinlan Drive in a wooded area.

The suspect was identified as 33 year-old Marquiz Rashad Freeman, who is now being held without bond in the Bibb County Law Enforcement Center for Criminal Attempt to Commit a Felony.

Anybody who has information concerning the incident is urged to call the Bibb County Sheriff’s Office at (478) 751-7500, or the Macon Regional Crimestoppers at 1-877-68CRIME. 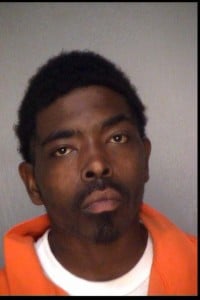