Man arrested and charged for 20 counts of theft, armed robbery, and more

MACON, Georgia (41NBC/WMGT) — The Bibb County Sheriff’s Office sent out a release Friday October 8th concerning the arrest of a man made in connection to armed robbery and several shoplifting incidents in Macon.

According to the release, BCSO investigators arrested 44 year-old Donovan Easley on October 6, just after 3:00 p.m. after a brief vehicle chase. Warrants were out for Easley’s arrest in connection to the armed robbery of Flowers Discount Bakery and for a shoplifting incident at Murphey Oil, both occurring in September. Easley was also identified to be the suspect involved in several other shoplifting incidents in which he used a white Nissan Murano to flee the scene.

Further warrants were served on Easley on October 7th, he was also identified as the suspect in the robbery that happened in the morning of October 6th on Tom Hill Sr. Boulevard. Additional charges are still pending.

Anybody who has more information concerning Easley or any of these incidents is urged to call the Bibb County Sheriff’s Office at (478) 751-7500, or the Macon Regional Crimestoppers at 1-877-68CRIME. 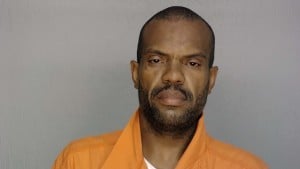