Booze was first jailed in Bibb County when the Sheriff’s Office says he stabbed and killed a jail deputy in April. According to a Georgia Bureau of Investigation report deputies were moving Booze to an observation cell because he indicated he wanted to commit suicide. The report goes on to say once Booze arrived in the cell, deputies removed the handcuffs and a fight started. During the fight Booze obtained a knife from deputy Christopher Knight and stabbed him with it. A second deputy sustained non-life threatening injuries.

In August, Booze received a $250,000 bond and moved to the Monroe County Jail due to the nature of the crime and his victims being employed at the Bibb County Sheriff’s Office. Bond conditions included an electronic monitor and having no contact with victims.

Then on September 20th, Booze received more charges while housed in the Monroe County Jail. The Monroe County Sheriff’s Office states Booze attacked two deputies after they broke up a fight between Booze and another inmate. The incident report shows Booze threw a metal chair at deputies, bit a deputy and attempted to grab a taser.

On Tuesday, October 5th, the Macon D.A.’s office, filed a motion to revoke bond and keep Booze behind bars until a hear can take place. The motion states “Albert Booze is in violation of the conditions of his bond by committing a new criminal offense.” 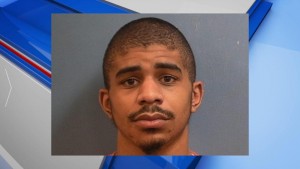