James Lal is the team’s third coach in less than a calendar year. 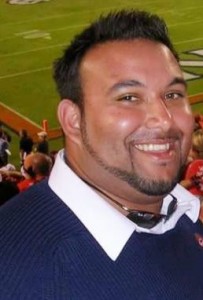 He’s currently the physical education teacher at Austin Road Elementary School in Stockbridge, but he does have some football coaching experience, according to a biography Adkins sent to 41NBC Wednesday.

Lal played for Jackson High School before playing for Union College in Kentucky.

He replaces Gerald Dockery, who replaced Derek Stingley midway through the 2018 season.