WARNER ROBINS, Georgia (41NBC/WMGT) — The Federal Bureau of Investigation sent out a press release Monday concerning the search for the suspect behind the robbery, shooting, home invasion, and theft that took place on November 22.

The FBI is offering a reward of up to $5,000 for  information leading to the arrest of the man behind the armed robbery at the Robins Federal Credit Union. The release gives more details about the suspect than  were originally released, describing him as a black male with a slender build, standing at 5 feet and 5 to 7 inches tall, wearing a black mask, black gloves, white t-shirt, khaki pants, gray shoes, and carrying a black and gray drawstring bag.

The FBI’s release also connects this suspect to the previously described home invasion and car theft, and gives more details about the robbery at the bank. According to the FBI, the man entered the bank at about 9:18 a.m. with a pistol and demanded money from the tellers. The release says that the suspect fired the pistol, striking a teller in the process of the robbery.

More photos of the suspect have been  released as well. Anyone with information about these incident is asked to call the FBI Atlanta/Macon Resident Agency at 478-745-1271 or go to tips.fbi.gov. 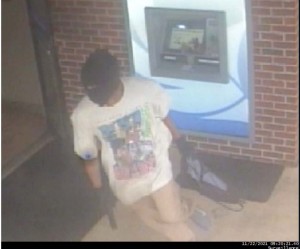 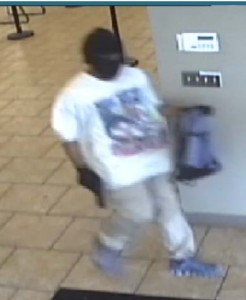 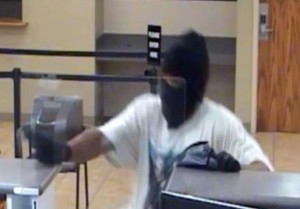