The Fighting Irish are back in the state finals for the first time since 2006.

It’s no surprise that they’re contending for a state title this season. They’ve pretty much crushed every team in their path, with the exception of Washington County, which was their only loss of the season. 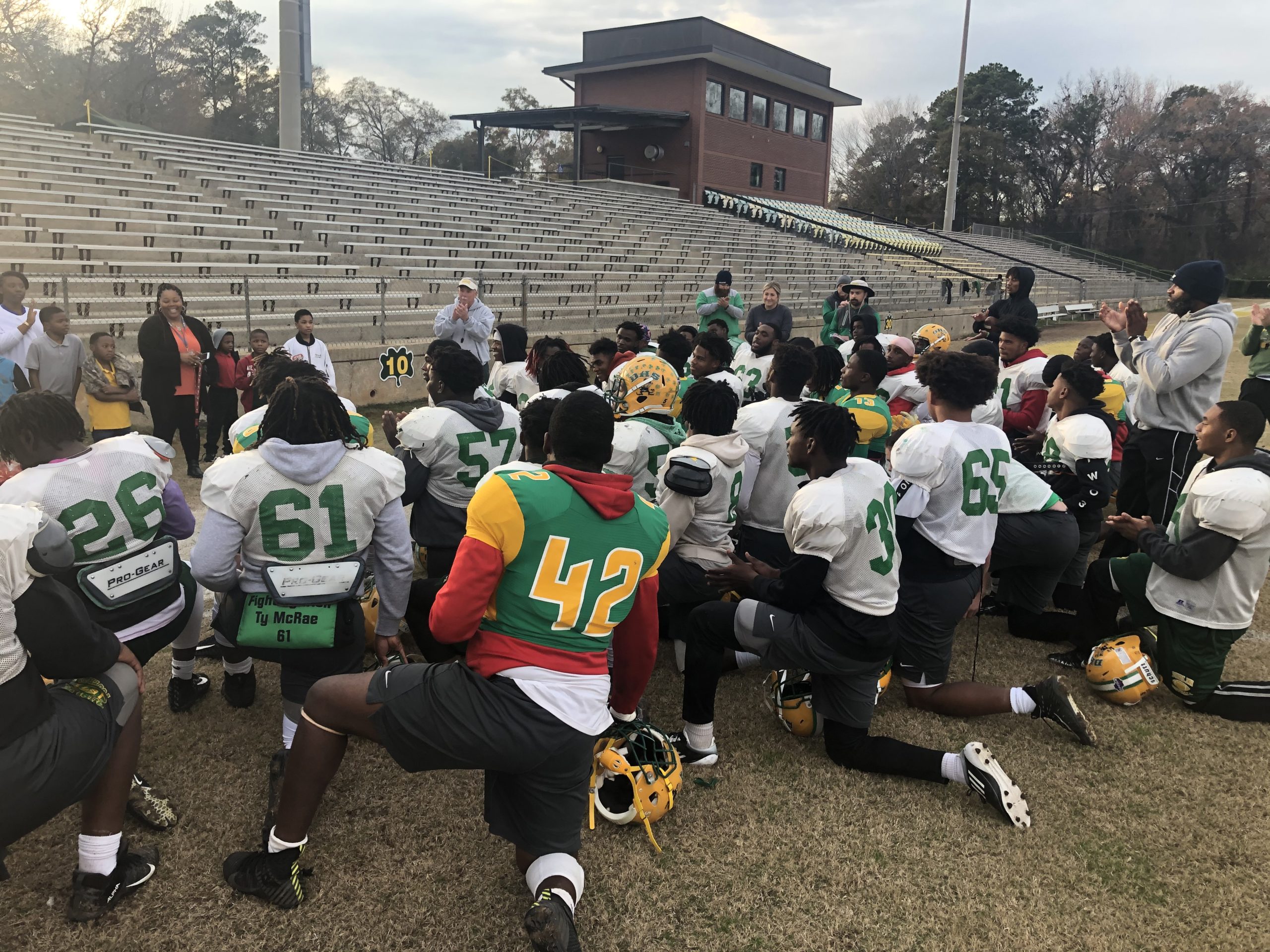 Their ground attack is vicious and might I add, disrespectful.

In fact, let me put it in perspective for you.

Dublin’s coming off a 55-45 win over Thomasville in the semis last week. The Fighting Irish didn’t throw a single pass but get this, they rushed for 574 yards.

They’re scoring 46.5 points per game and have dropped at least 70 points in three games this season.

Here’s Dublin head football coach Roger Holmes on what his squad needs to do in order to bring home a championship.

“Do what we do well offensively, which is be able to run the football, control the line of scrimmage and not turn it over,” said Holmes. “Defensively, we’ve got to find a way to neutralize their quarterback because he’s what makes the game go for them and he’s going to make plays. We just can’t allow him to make too many.”