Deputies: Man arrested after firing shot outside The Shoppes at River Crossing

It happened just after 3:45 Saturday afternoon.

MACON, Georgia (41NBC/WMGT) – A man was arrested Saturday after deputies say he fired a shot near The Shoppes at River Crossing.

It happened just after 3:45 p.m. outside H&M, according to a Bibb County Sheriff’s Office news release, which said a man, identified as 26-year-old Bernard Harris, got into an argument with his girlfriend before firing a shot into the ground with a handgun.

Deputies, with help from Georgia State Patrol, found Harris near Mattress Firm on Riverside Drive and took him into custody.

He’s charged with aggravated assault and willful obstruction of law enforcement officers and is being held without bond. 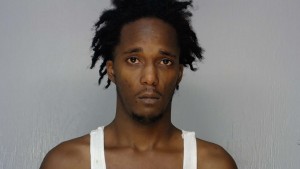