CORDELE, Georgia (41NBC/WMGT) — The Cordele police arrested a gang member that was considered armed and dangerous on Thursday; that gang member is only 16 years-old.

A social media post from the Cordele Police Department on Friday, December 10th, 2021, says that Cordele Police Detectives worked with help of other agencies to conduct a search warrant at a residence on Westtown Avenue to apprehend a juvenile that made credible threats to others and was deemed armed and dangerous. During the search, stolen weapons, stolen bank cards, stolen  phones, marijuana, cash, drug and drug distribution related items were found.

The teen gang member was arrested on the scene without incident and is being charged with multiple counts of theft by receiving, marijuana-related charges, possession of a gun by a minor and during the commission of a crime, 10 counts of financial transaction card theft, forgery 2nd degree, street gang terrorism prevention act. 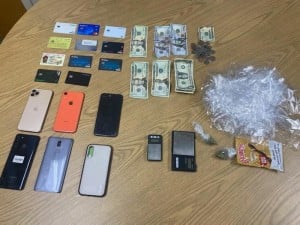 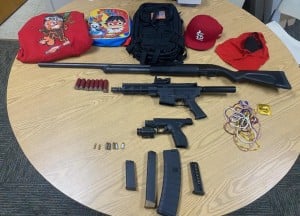