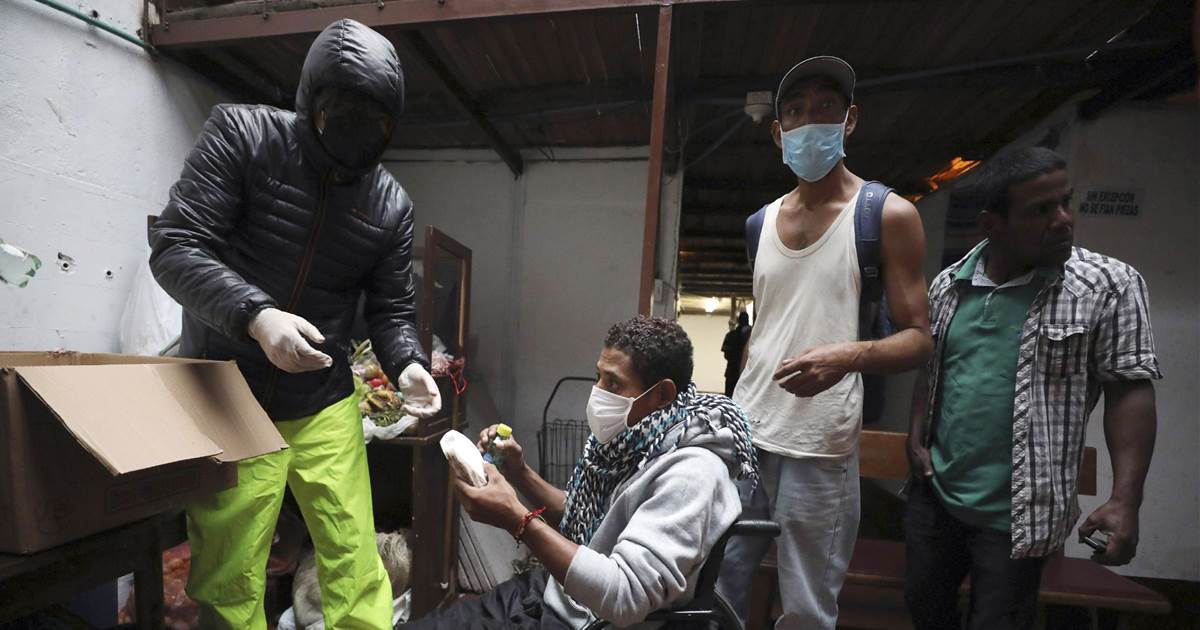 Moscoso’s chain of brightly colored restaurants, Sierra Nevada, serves hamburgers and milkshakes in Colombia’s capital of Bogota. In the poorer districts of that same city, a rising number of people are going hungry because they have lost their livelihoods in the coronavirus outbreak.

Moscoso weeps for them. But he has turned his tears to action.

His “Solidarity Menu” project works with a delivery start up, Rappi. People can order and pay for food online that his employees prepare for delivery to families in poor neighborhoods.

Moscoso estimates that more than half of the burgers go to Venezuelan migrants who have fled hunger in their home country; many are at risk of the virus because they live in close quarters in shelters or are homeless. Many work in Colombia’s vast informal economy, selling everything from flowers to pens in the streets of its major cities.

“The other day I delivered 600 burgers to two tough neighborhoods of Bogota and there were families who had not eaten for days,” Moscoso said.

“It’s very moving what’s happening with just nine days of a lockdown. I can’t imagine what will happen with 20, 30 or 40 days, and people not being able to go out and make a living.”

Emiliano Moscoso, left, gives a hamburger to a man from Venezuela in a boarding house in Bogota, Colombia, on March 30, 2020.Fernando Vergara / AP

So far, according to official figures, 798 people in Colombia have been infected and 14 have died.

Like many nations in Latin America, Colombia’s health care system is already stretched and is struggling to ensure there are enough hospital beds, respirators and medical staff to deal with a high influx of patients with complications.

“Here in Latin America there’s a lot of concern because governments lack the resources to feed the population, so what we’re doing is appealing to people’s solidarity and people who are perhaps more well-off, so they can buy Solidarity Menus for those who will need it,” Moscoso said.

Restaurants, cafes and retail shops have been hit hard as the government tries to curb the spread of the virus. Moscoso closed his restaurants voluntarily March 16 to all but takeout and deliveries.

He said he is not making a profit from Solidarity Menus, but the project is keeping his staff active. He has vowed not to lay off any of his employees, among them people with Down syndrome and who are deaf.

An elderly man eats a hamburger that was donated by Emiliano Moscoso in a boarding house in Bogota, Colombia, on March 30, 2020.Fernando Vergara / AP

Above all, Moscoso said that he has been surprised by the kindness of strangers, including restaurant owners and others have reached out to join his initiative.

“Right now, our phones are ringing off the hook with people searching for ways to help. It’s very moving,” he said. “Among all of us, we have to build better things. We have to see this as an opportunity, stop for a moment and rethink it all and build a better world.”