MACON, Georgia (41NBC/WMGT) —  The Bibb County Sheriff’s Office has arrested a wanted suspect in relation to an Aggravated Assault that originally happened at a gas station on May 21, 2021.

The suspect arrested is Tillman Patterson Jr., a 60 year-old man from Macon. The incident that took place in the end of May was at the Circle K gas station on Thomaston Road, where Patterson got into a verbal altercation with the gas station clerk and fired a single shot into the front of the gas station with a handgun and fleeing the scene.

According to the release, warrants were written for Patterson’s arrest after he was identified through a Crimestoppers tip on Tuesday August 10, 2021. Patterson was later taken into custody by Bibb County Sheriff’s Investigators and is now being held at Bibb County Sheriff’s Office Law Enforcement Center for Aggravated Assault without bond.

For more information about the incident from May, check our story here: 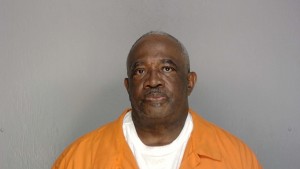