MACON, Georgia (41NBC/WMGT) — The Bibb County Sheriff’s office is currently asking for help in identifying and locating an aggravated assault suspect connected to an incident that happened at a Circle K gas station in late May.

The incident in question happened around 12:30 a.m. on May 21, 2021, when a man entered the Circle K gas station on Thomaston Road and questioned the gas station clerk about the station’s coffee machine. The man and the clerk then got into an argument, after which the man walked outside to get a handgun from his vehicle. The clerk followed him outside to retrieve a tray from the coffee machine when the man fired a single shot into the front window of the gas station.

The suspect was last seen travelling in a tan GMC Acadia SUV eastbound on Mercer University, and he is reported to come to the area often.

As pictured here, the suspect is described as a heavy-set black male, who was seen wearing glasses with a mask, a dark grey baseball cap, with a long sleeved black shirt, dark pants, and black shoes.

Anyone with information on the identity or the whereabouts of the man is asked to contact the Bibb County Sheriff’s Office at (478)751-7500 or the Macon Regional Crime Stoppers at 1-877-68CRIME. 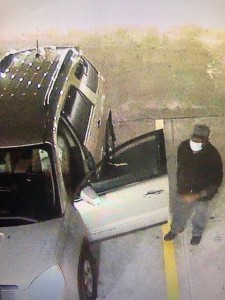 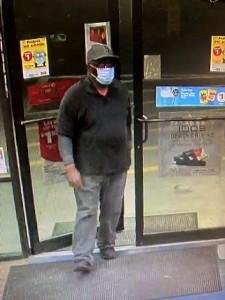 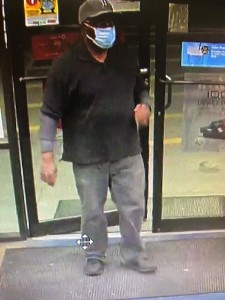