MACON, Georgia (41NBC/WMGT) – Mercer baseball is adding another player to its roster. 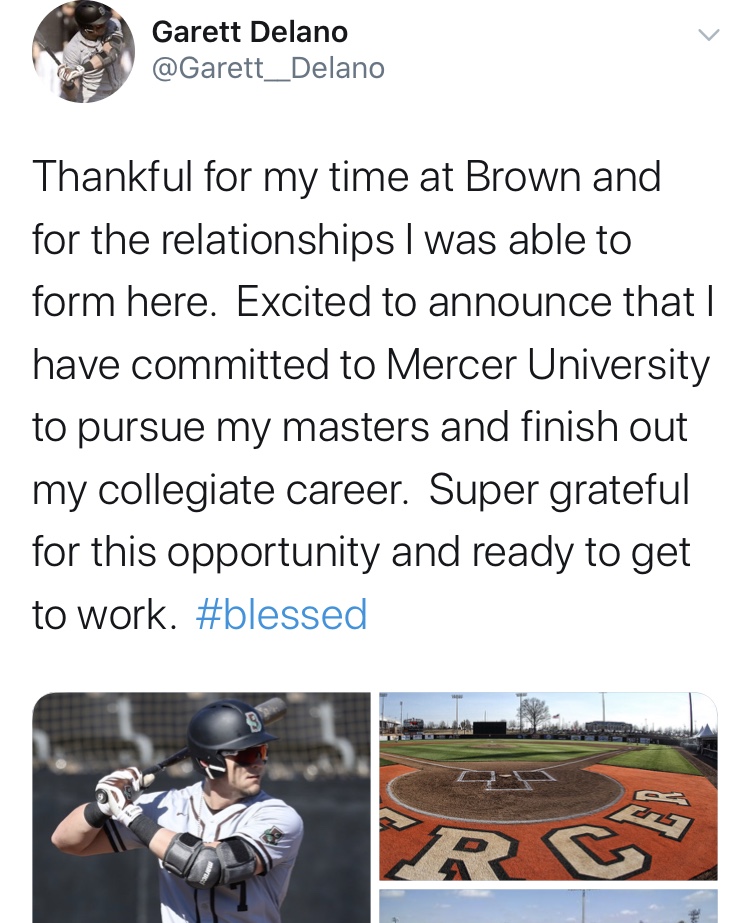 In Garett’s final season at Brown, he hit .289 with four homers. Garett led the team on the mound in innings and strikeouts with 41, and his ERA was 4.83.

He has played for the Savannah Bananas in the Coastal Plain League.

Last summer, Garett was a Northwoods League All-Star, batting .323 with an ERA of 3.78.

Here’s Garett on why he chose to play for Mercer.

“So obviously, when this quarantine stuff happened and all the stuff, season gets canceled. I entered the portal and I had a few coaches reach out to me, but coach Gibson and coach Stewart, they seemed like they were the most interested in me, and they probably put the most effort into me. I respected that, so this was the best place for me.”

Garett also talked about what he can add to a Mercer team that’s already stacked.

“I think that I can bring a little bit of experience to the roster. I mean, this is my fifth year in college, so I could definitely come in and try to play a leadership role and teach some of the young guys. And then, on the field, I just feel like I can provide value both at the plate and pitching, and I feel like I can help the team a lot in that way.”