UPDATE: The BCSO sent out a release Wednesday morning, October 27, stating that Shamel Stidwell has been found safe and sound and that she’s been reunited with her family.

MACON, Georgia (41NBC/WMGT) — The Bibb County Sheriff’s Office sent out an announcement Wednesday concerning a request for the public’s assistance in finding a missing woman from Macon who was last seen earlier in October.

According to the BCSO, 30 year-old Shamel Stidwell was reported missing to the sheriff’s office on October 16, 2021 , after her family had not seen her since October 13. It’s also reported that Stidwell did not show up to her place of employment on the 16th either, but there is no evidence that she is in any danger.

Stidwell is described as a black female who stands at 5 feet and 3 inches tall, weighs about 150 pounds, and has dark hair and brown eyes. 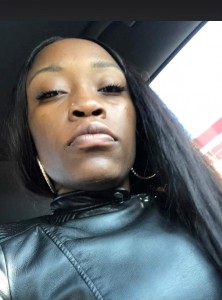 Anyone with information about where Stidwell could be is asked to call the Bibb County Sheriff’s Office at (478) 751-7500, or the Macon Regional Crime Stoppers at 1-877-68CRIME.