As many as 240,000 could die in pandemic even if measures are followed

As many as 240,000 Americans could die of coronavirus even if containment measures are followed “almost perfectly,” a senior U.S. official has warned.

Modelling showed the disease could kill between 100,000 and 240,000 people if Americans stay at home and limit their contact with others, Dr. Deborah Birx, the White House coronavirus coordinator said on Tuesday.

Without social distancing measures, the model predicted between 1.5 and 2.2 million deaths. 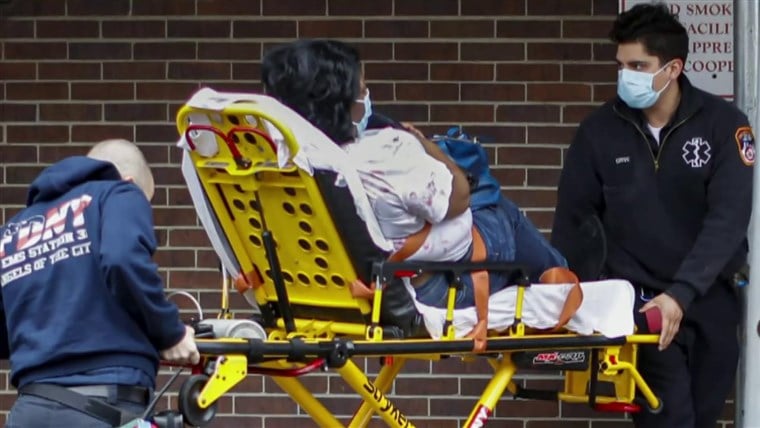 Elsewhere in the world, evidence emerged that the pandemic may be easing.

Birx said data from Italy shows after four weeks of strict social distancing measures the country was “beginning to turn the corner.”

Silvio Brusaferro, president of the National Institute of Health in Italy, told reporters that his country’s coronavirus curve had reached the stage before the contagion begins to decline.

“The curve shows us that we reached the plateau, evidence which proves that the restrictive measures are working,” said Brusaferro.

Currently in Italy every infected person passes it on to one other, he said, adding that the country was waiting for the contagion index to change from one to zero.

And Italy is not the only country to hint at a light at the end of the tunnel.

“We continue noticing an improvement in tendencies since March 25. The percentage of increase in the number of cases has gone down from 20 to 12 percent,” said María José Sierra, deputy at Spain’s emergency coordination center.

The positive statements are part of larger devastating pictures in both Spain and Italy.

The number of confirmed cases of the coronavirus in Spain surpassed 100,000 on Wednesday and the number of dead stood at just over 9,000, according to the country’s Health Ministry.

It is important to note that due to differences in testing strategies between countries, it can be difficult to compare the outbreak country-by-country.