According to the release, officers met with a store clerk of Green Street Grocery around noon, who said she was confronted by a man with a pistol demanding money from the till, threatening to shoot her if she refused. After the clerk refused to give him money, the suspect fled the scene.

Surveillance footage from the scene was reviewed, and the suspect was identified as 37 year-old Shane Lyke, who officers arrested while at his Choctaw Street residence. Officers conducted a search warrant at the home where they found the weapon used in the robbery.

The release says Lyke has been charged with Criminal Attempt to Commit Armed Robbery, and has been processed and transported to the Houston County Detention Facility.

The release ends by saying the investigation is continuing by Detective Tyler Delgiorno. 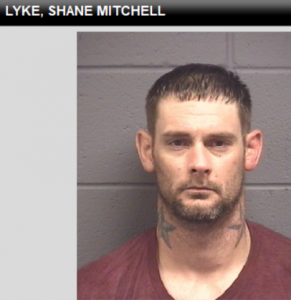