MCRAE-HELENA, Georgia (41NBC/WMGT) – A man accused of murder in Alabama was taken into custody Wednesday after a short vehicle chase.

A post on the McRae-Helena Police Department Facebook page said the chase ended in a crash at 3rd and MLK, in front of R&H Cleaners. 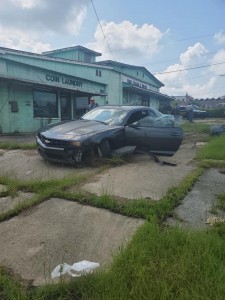 21-year-old Dayvon Jamell Bray of Prichard, Alabama was taken into custody and is being held at the Telfair County Jail awaiting extradition.

A Prichard Police bulletin said Bray was wanted in connection to the August 3 murder of Frederick “Boss Hog” James in the 100 block of Hadley L. Davis Street in Prichard.