4 arrested after ‘reign of plunder’ of Macon-Bibb businesses

MACON, Georgia (41NBC/WMGT) – Four people are now in custody after what the Bibb County Sheriff’s Office calls a months long investigation into a burglary ring.

A sheriff’s office news release says “Operation Playing it Safe” looked into several recent business burglaries, several of which involved the exterior walls of businesses being breached with either a sledge hammer or a saw. Crowbars or other prying tools were used to enter other businesses. 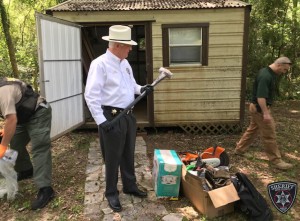 The sheriff’s office says safes in many of the businesses were either cut open or removed altogether.

“Physical evidence was gathered and concerned citizens gave valuable information about possible suspects and locations where the stolen goods were stored,” the release said. 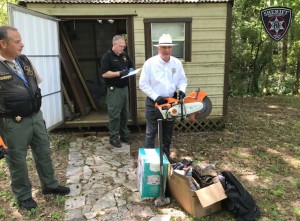 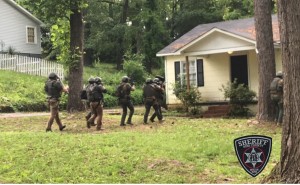 “As the investigation continues more burglary and/or theft charges will likely be added to each one,” the release said. “Investigators will be following up with businesses victimized in these cases to determine if any of the goods recovered can be identified by their rightful owners.” 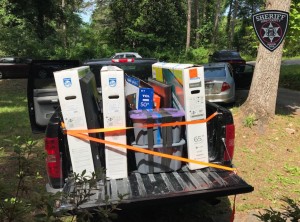 “This investigation marks a significant achievement for law enforcement in Bibb County,” said Sheriff David Davis. “We feel confident that the recent reign of plunder will be diminished by the arrests of these individuals. The actions of these diligent deputies will help to make Macon-Bibb a safer place to do business.”