PERRY, Georgia (41NBC/WMGT) — 26 Year-old Morgan Baker was convicted of Malice Murder, Felony Murder, and Aggravated Assault on February 11th, 2022, in connection to a shooting from 2019.

According to the release from the Houston County District Attorney’s Office, the charges in the case stem from a shooting at Club Boss, which used to be located off of Davis Drive in Warner Robins, where Alabama-based rapper “NoCap” was performing the night of July 6, 2019. Morgan Baker was there with “NoCap”. After the performance, Baker and an unidentified individual got into an altercation with security, which led to the two of them going to a sprinter van, grabbing firearms, and shooting towards the entrance of the club. One of the bullets struck victim Tamarco Head, which killed him.

Baker has been sentenced to a life in prison with the possibility of parole.

Acting DA Kendall says, “Today the Houston County Jury rendered a verdict that speaks the truth. We are grateful to our community, our law enforcement and those who stand to protect us from senseless violent crime. Today’s verdict is one that sends a message that violent crime in Houston County, Georgia will not be tolerated. We, at the DA’s Office, have a lot of work ahead of us in the coming weeks, and months, as we do our part in seeking justice and making our community a safer place. Today’s verdict helps provide closure to Mr. Head’s family, and we are grateful for that, but our work for our Community is not over.” 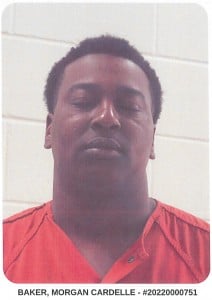