2 arrested after high-speed in Monroe County

FORSYTH, Georgia (41NBC/WMGT)— A man and woman are in the Monroe County Jail, after a traffic stop turned into a high-speed chase Friday afternoon around 4:15.

The Sheriff’s Office says deputies were conducting a license and sobriety check on Highway 87 near mile marker 6, and requested the driver of a Chevrolet Avalanche to pullover to the side due to no license. That’s when the passenger, Brittany Hill, got out of the truck and was arrested. The driver, William Clayton Few, then drove off. 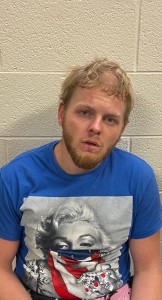 A chase began down Highway 18 towards Forsyth, with Few driving on the wrong side of the road and running other drivers off the road. According to the Sheriff’s Office, speeds reached over 100 m.p.h. at times.

Monroe County deputies then placed multiple stop sticks which deflated two tires on the truck. As the Pursuit reached closer to downtown Forsyth, deputies called off the pursuit due to the safety of the public. Few continued driving north on Highway 41 and wrecked on W. Main Street.

Few later got out of the vehicle, but a K-9 deputy tracked him outside of a shed at a home on Sunset Circle. He was arrested without incident.

Upon search of the vehicle, deputies discovered both marijuana and methamphetamine.

Few is charged with multiple felony and traffic violations, and possession of methamphetamine and marijuana. He was also wanted for Violation of Probation and Fraud.

Hill is charged with possession of methamphetamine and marijuana.