WRIGHTSVILLE, Georgia (41NBC/WMGT) — A 25 year-old woman was arrested in the early hours of Sunday, April 17th, for stabbing her boyfriend during a domestic dispute.

Wrightsville Chief of Police, Aaron Price, tells 41NBC that Kenbrilla Jenkins has been charged with Aggravated battery, Aggravated assault, Possession of a knife during the commission of a crime, Cruelty to children in the 3rd degree, Reckless conduct, Obstruction of an officer, Criminal trespass, and Disorderly conduct.

According to Price, on Saturday, April 16th, around 9:00 p.m., Wrightsville Police and Johnson County Sheriff’s deputies responded to a call at Pine Terrace Apartments that reported someone had been shot. On arrival, authorities found that the incident had been a stabbing– not a shooting. Officers found 23 year-old Ryan Rozier lying on the sidewalk of the apartment complex, bleeding from his chest. Johnson County EMA responded to the scene, and he was taken to the Wrightsville Fire Department helipad where he was airlifted to Atrium Health Navicent in Macon where he underwent surgery, and is now in stable condition.

Jenkins, who was later found out to be the girlfriend of victim Ryan Rozier, was arrested a few hours later at 1:30 a.m., after investigators were able to connect the crime to her through surveillance video at the apartment complex, witness statements, and physical evidence. The child cruelty charge also comes from Jenkins’ toddler son being present at the scene when she committed the crime. 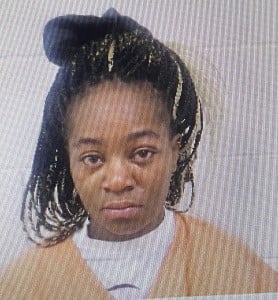