WARNER ROBINS, Georgia (41NBC/WMGT) — The Warner Robins Police Department arrested a man early Thursday in connection to a report of a single vehicle striking a building.

Around 3:31 a.m., officers responded to a call on 1205 Green Street where they found a 1985 Chevrolet C-10 crashed into the wall of an unoccupied apartment. The media release from the Warner Robins Police Department says that the driver fled the scene on foot, who was then located walking near the accident location.

The driver was identified as Elwynn Lajuan Hunter, a 29 year-old man, who lost control of his truck while travelling eastbound on Green Street. After losing control of his vehicle, he struck a curb which damaged his tire rim and caused it to separate from the vehicle and strike 2 other parked vehicles at 1202 Green Street, after which he then continued driving across Green Street into the vacant apartment which was being used for storage.

Hunter refused medical treatment on scene, and is being charged with a DUI, Possession of Marijuana, driving with a suspended license, violation of a limited driving permit, and Duty upon striking a fixed object.

Hunter was transported to the Houston County Detention Facility for bond. 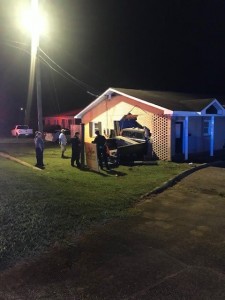 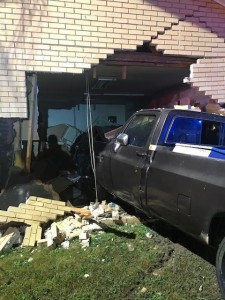 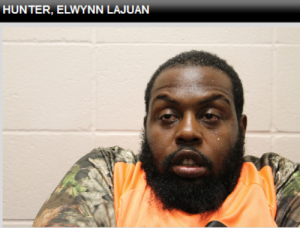