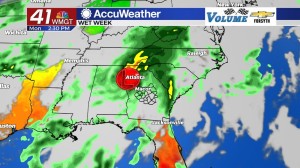 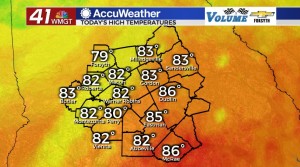 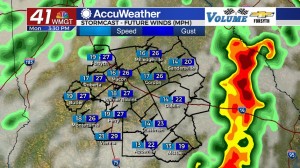 Today will be one of the two wettest days that we see all weak. A weak tropical low has brought plenty of rain to Middle Georgia this morning, however the low pressure itself is still off to the west. Our winds will pickup later this afternoon once it moves north of us, resulting in sustained speeds up to 20 mph and gusts up to 30 mph. Some scattered showers and storms will also remain possible through the afternoon and evening. Highs for today will mainly fall in the lower 80s, however some of our eastern counties may push into the mid 80s. There will likely be a blanket of clouds overhead through the entire day. 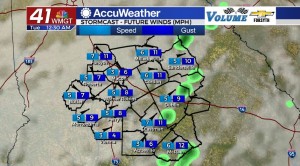 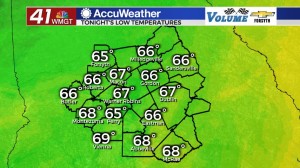 Overcast skies will carry into tonight as well. A couple of stray showers will be possible early, however we shouldn’t see much in terms of rain overnight. The wind will calm down to about 5-10 mph from the southwest overnight. Low temperatures will drop into the mid to upper 60s. 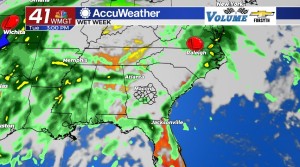 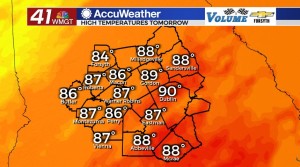 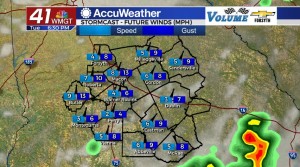 We will begin the day with overcast skies, however some sun should return as we head into the afternoon, bringing the summer heat with it. Highs will return to the upper 80s and lower 90s as the wind comes in from the west-southwest at around 5 mph. Scattered showers and storms are likely to fire up in the afternoon, however nowhere is guaranteed to see rain. Severe storms are not expected. 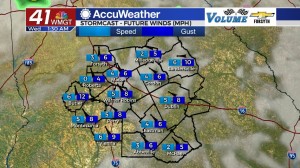 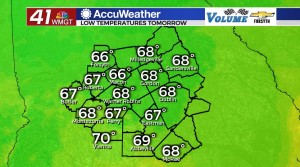 Overcast skies will return heading into the overnight hours as the winds become variable. A few showers may linger early, but they should not persist past midnight. Lows will once again drop into the mid to upper 60s. 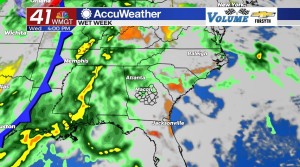 Wednesday will likely be the warmest day of the week, however little sunshine is expected. Highs will push into the upper 80s and lower 90s again, likely 2-3 degrees warmer than Tuesday. Wind will come in from the southeast at 5-10 mph. Isolated storms will be possible in the afternoon. Lows will drop into the mid to upper 60s yet again. 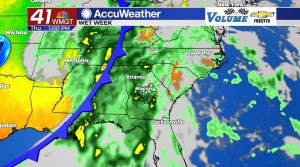 Thursday will be the other wet day of the week as a cold front pushes through. There could be a chance for some severe storms, but it likely will not be anything overly dangerous. Highs will top off in the low to mid 80s with lows in the mid to upper 60s. Wind will predominantly blow from the south-southwest at 10-15 mph. Cloud cover will clear through the overnight hours.

Friday will see sunny skies return to Middle Georgia in the wake of Thursday’s cold front. Highs on Friday will be in the low to mid 80s with northwest wind at 6-12 mph helping to keep things cool. Lows will drop into the upper 50s and lower 60s. 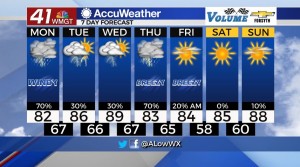