Tuesday afternoon to be warm and muggy 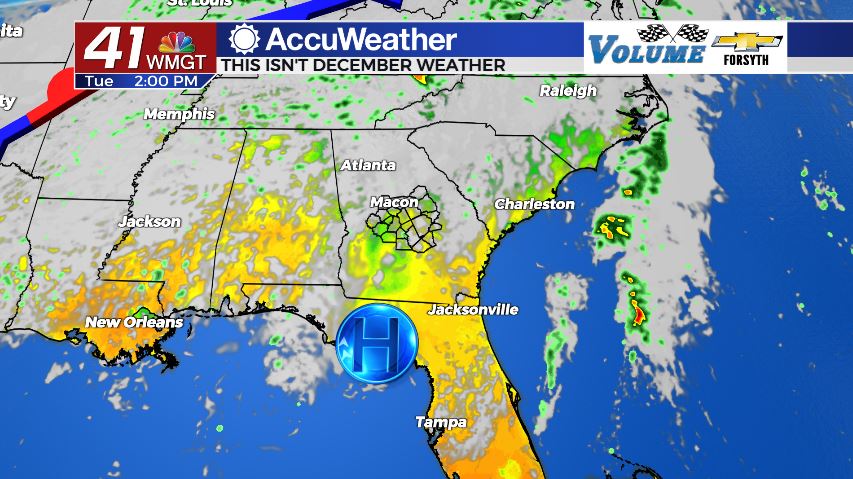 There was plenty of fog around Middle Georgia to begin our Tuesday, however it was not quite enough for the National Weather Service (NWS) to issue a Dense Fog Advisory. Aside from the fog it was rather warm with most spots in the upper 50s and lower 60s to kick off the day. There were also a few small showers, however they were pretty short lived. We will have some spotty shower chances today until about lunchtime. After that conditions should begin to clear out a bit. 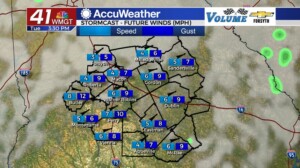 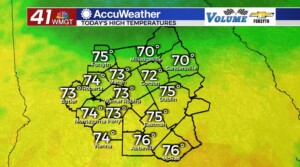 Despite the cloudy conditions it is going to be a warm afternoon. Winds from the south-southeast at about 5 mph will transport more warm and moist air into Middle Georgia. High temperatures today will be a lot more consistent around Middle Georgia as we all reach the low and mid 70s. There will be some pockets of sunshine this afternoon as well, however by the time a lot of the clearing takes place the sun will be down. The locations that see more sun will be the ones to reach the mid 70s. 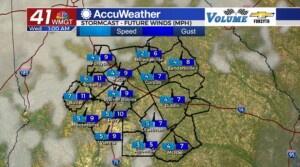 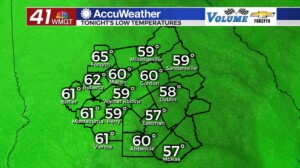 Tonight our skies will be partly cloudy as south-southwest winds blow in at about 5 mph. The calm conditions along with added moisture at the surface will likely lead to more fog during the early hours of our Wednesday. Low temperatures around Middle Georgia Wednesday morning will largely be in the lower 60s. A few spotty showers will also be possible leading up to the sunrise tomorrow. 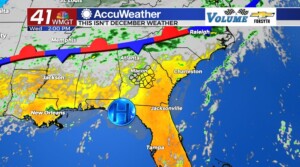 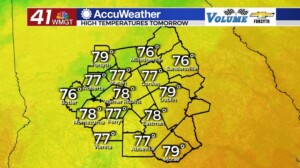 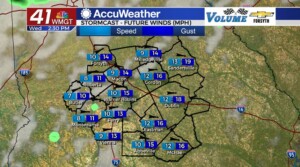 We should see a good deal more sun for our Wednesday thanks to our proximity to a high pressure system off the Florida Panhandle. While it hasn’t exactly kept our conditions nice, it will be holding a cold front back, changing it into a stationary front over the MS/TN, AL/TN, and GA/TN border. We will see some clouds from it and a couple of stray showers, but most of its effects will stay north. As a result our temperatures will climb into the upper 70s for most of the region with a couple of spots reaching the 80 degree mark. Winds will be a bit breezier too from the west-southwest as they blow in at 5-10 mph with gusts upwards of 15 mph. Expect partly cloudy conditions throughout the afternoon. 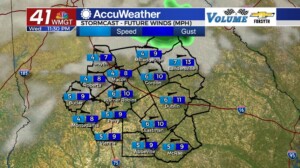 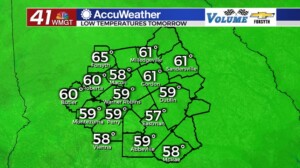 Tomorrow night we will see mostly clear conditions, however it will still be rather muggy. Lows will drop into the upper 50s and lower 60s leading into Thursday morning. Winds will blow from the west at speeds up to 5 mph. 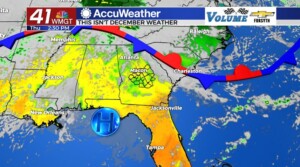 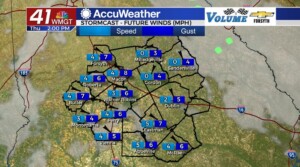 It will be a warm end to the week as more sun is expected on Thursday. The stationary front does not remain stationary for long; the eastern half will begin to move northward and become a warm front; the western half will move towards the southeast and become a cold front. As a result much of Middle Georgia will likely see highs in the lower 80s come Thursday afternoon, and those who don’t will be knocking on the door. We could still see a stray shower on Thursday. Friday will be a bit cooler as the cold front moves through overnight. Lows Thursday night will be in the mid to upper 50s with highs Friday afternoon in low to mid 70s.

The weekend will see highs return to the 60s with plenty of sun on Saturday, however more clouds will return Sunday with rain likely moving in beginning Sunday afternoon. That rain could carry into Monday, however right now the only model leaning strong on this is the European (The Euro model is often the most consistent. It is NOT always correct and should not be treated as such.) 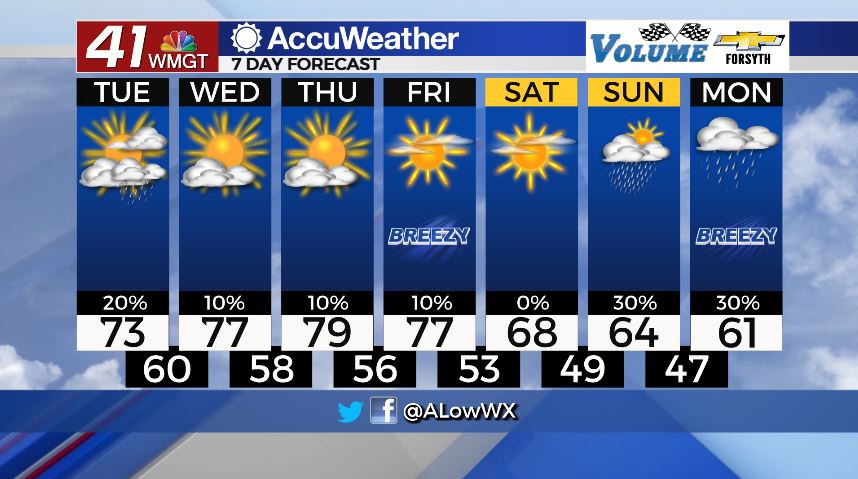