The National Hurricane Center has initiated forecasts on Tropical Storm Fay this afternoon.

Aircraft reconnaissance measured winds near the center of the storm, which is just off the coast of North Carolina,at 30-40 kts. 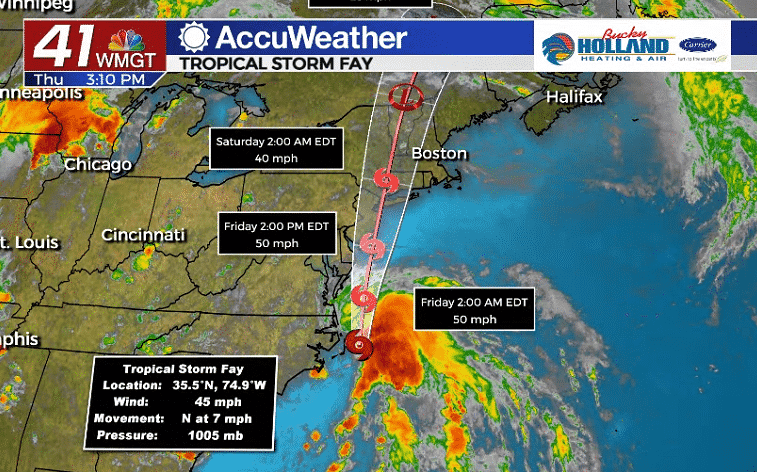 The track for this tropical storm will take it up the east coast and near New York City by Saturday.

There are no threats to Middle Georgia, but areas in the northeast could see heavy rain and gusty winds.

Fay is the earliest named 6th storm of the season.