Cochran also announced the arrest of 31-year-old Aaron Matthew Adams in connection to the case. He is charged with felony concealing a death and two felony counts of false statements. Sheriff Cochran says Adams is the male friend mentioned earlier in the investigation and more charges are pending.

“This has been a very long and tiresome week for the Prince Family and the entire Washington County Community,” said Sheriff Cochran. “Please continue to pray for the family of Tina Prince and her Washington County school family.”

Prince was reported missing last Friday. Her family says she was eating at a restaurant when she received a call and left. According to the Sheriff’s Office, Prince then met Adams at a nearby Walmart. Deputies found Prince’s car at that Walmart.

Cochran says the body is being transported to the GBI Crime Lab for an autopsy to determine a positive identification and cause of death.

Sheriff Cochran says this is an ongoing investigation. Stay with 41NBC for updates. 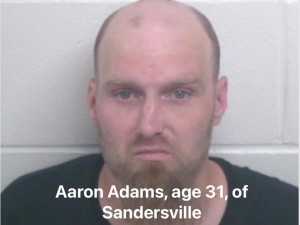