MACON, Georgia (41NBC/WMGT) – A Heat Advisory is in effect for all of Middle Georgia until 8:00 PM EDT tonight. 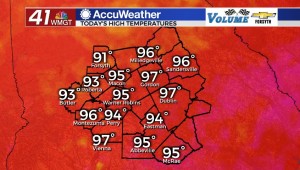 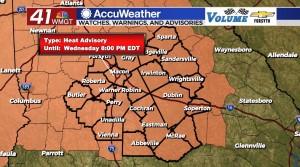 Following a sunny morning we will begin to see cloud fields develop as we head into the afternoon. Highs today around Middle Georgia will be in the mid to upper 90s with heat indices pushing upwards of 108° in the hottest spots. A heat advisory is in effect for the whole region until 8:00 PM EDT tonight. It is advised that Middle Georgians drink plenty of water to stay hydrated and limit their time outside in the dangerous heat. 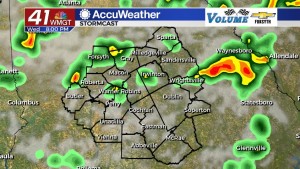 Luckily we will have more opportunities for isolated storms later. During the lunchtime and early afternoon hours we will likely only have a few isolated small showers. Thunderstorms will begin to form up during the later afternoon hours, lasting through the evening and into tonight. About 30-40% of Middle Georgia will see rain today/tonight. Storms can bring heavy rain, frequent cloud-to-ground lightning, and even some small hail. 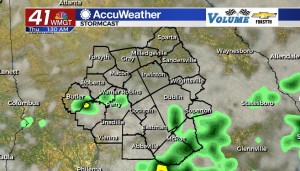 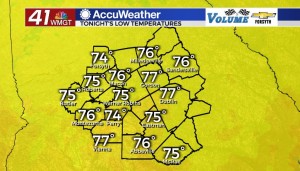 As mentioned above, rain will likely push into at least the early parts of tonight, however a few storms could linger past midnight. During the early morning hours leading up towards tomorrow’s sunrise we will see most of the cloud cover clear out. Lows will be in the mid to upper 70s around the region. 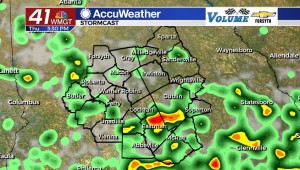 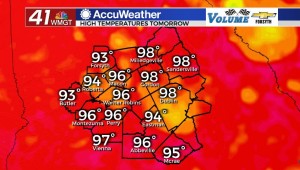 More of the same will continue for Middle Georgia tomorrow. Highs will be in the upper 90s for most of the region with partly sunny skies expected in the afternoon. The morning should be mostly sunny. Isolated thunderstorms will fill the afternoon and evening hours, once again with about 30-40% of the region receiving rainfall. 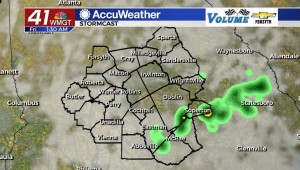 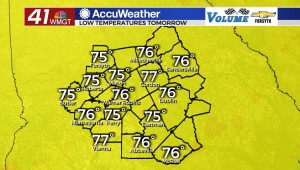 The overnight trend will also be the same with some storms lingering early and then the clouds clearing out for the most part after midnight. Lows will be in the upper 70s around the region on a very humid night. 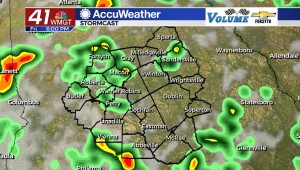 The hot and humid trend will carry into the weekend. We will still see scattered storms during the afternoon for both Friday and Saturday. Highs will be in the mid to upper 90s both days.

A bit of a cool-down seems to be in store for us on Sunday as highs drop back into the mid to upper 80s for a change. Rain chances will likely be higher to accommodate this as cooler conditions will not come without some sort of weathermaker. As of now that looks to be a weak cold front. Highs will return to the lower 90s heading into the middle of next week with some spots returning as soon as Monday afternoon. 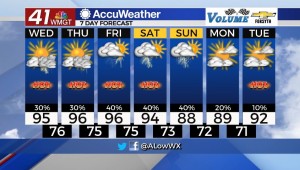