MACON, Georgia (41NBC/WMGT) – Average conditions with afternoon and evening storms will continue into the new week around Middle Georgia. 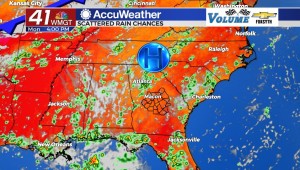 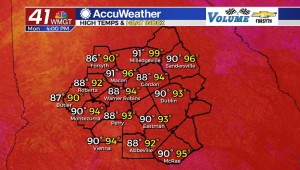 We had a few clouds around the region as we rolled into our Monday morning, however around the sunrise a thick layer of low level clouds and fog filled in, likely a result of the late rain seen yesterday evening. We could see more of that late rain today as well as the current pattern persists. Highs around Middle Georgia today will be in the upper 80s and lower 90s, about average for this time of year. 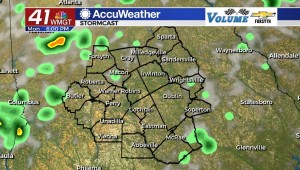 Storms will begin to fire up in the afternoon, though early on we likely will not see too many of them. Our pattern as of late has brought many storms to Middle Georgia in the evening and early overnight hours, however, and we will likely see that be the case again today. A good portion of Middle Georgia should see rain or at least here thunder at some point between today and tonight. 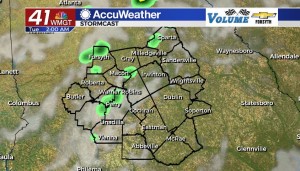 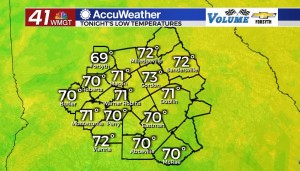 A few storms may even persist into the middle of the night. Storms should not last into tomorrow morning, however, and aside from a few isolated storms skies around Middle Georgia should be mostly clear overnight. Lows will drop into the lower 70s for most of the region, however one or two spots may see upper 60s rolling into Tuesday morning. 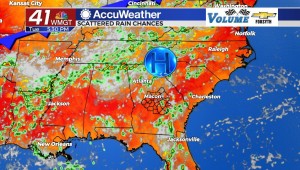 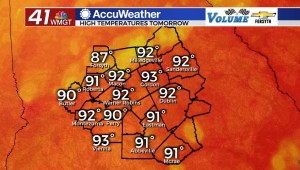 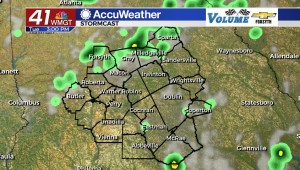 We will likely see more of the same tomorrow as partly cloudy conditions continue to grip the Peach State. Highs will be in the lower 90s for most of the region as heat indices push into the upper 90s. Storms may begin to fire up in the late lunchtime hours, however the likelihood will increase as we push further into the evening. Close to half of the region will either see rain or hear thunder. 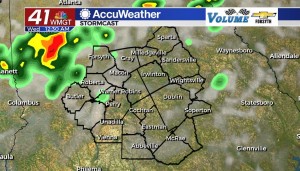 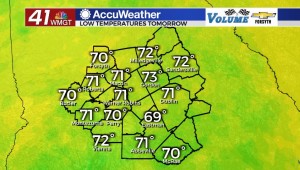 A couple of storms could persist into the overnight hours tomorrow night as well. Lows will stick in the lower 70s and upper 60s, and locations that see late/overnight rain will have increased chances for fog leading into Wednesday morning. 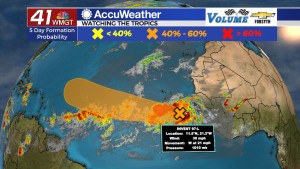 It has been a quiet summer in the Atlantic basin so far this year in regards to hurricane season, however the National Hurricane Center has designated Invest 97-L off of the west coast of Africa. It currently has a 40% chance to form into a tropical depression within the next 5 days. 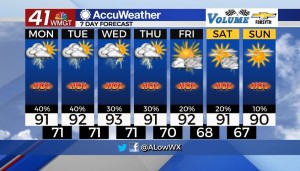