MACON, Georgia (41NBC/WMGT) — The Bibb County Sheriff’s Office (BCSO) sent out a release on Wednesday November 24, 2021, asking for the public’s help finding 2 suspects  in connection to a vehicle theft and attempted ATM theft that happened in the early hours of Friday.

The BCSO says that the first theft happened at 12:34 a.m. on Friday November 19, 2021, when a blue 2007 Ford F250 was stolen from the parking lot at the Applebees on 3652 Eisenhower Parkway. The second incident that the BCSO reports took place at 3:00 a.m. the same day, when two suspects were captured on surveillance video at the One South Bank ATM at 4070 Forsyth Road, in the stolen Ford F250, attempting to open or steal the ATM. 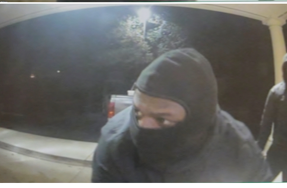 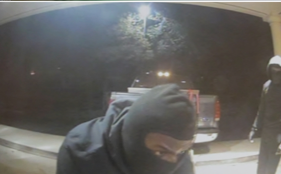