A man entered through a rear door just before 10:00p.m. Saturday night

According to a news release, a man entered through a rear door just before 10:00p.m. Deputies say the man pulled out a gun and demanded money from the store employee. After getting the money, he ran from the scene.

No one was injured during this incident.

The suspect is about 5’7″ and 130 pounds. He was last scene wearing a black hoodie, black ripped jeans, black shoes and a blue surgical face mask.

Anyone with information is urged to call the Bibb County Sheriff’s Office at 478-751-7500, or Macon Regional Crimestoppers at 1-877-68CRIME. 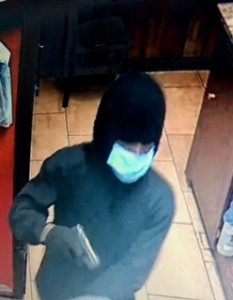 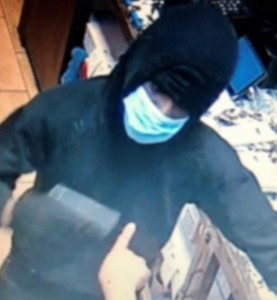